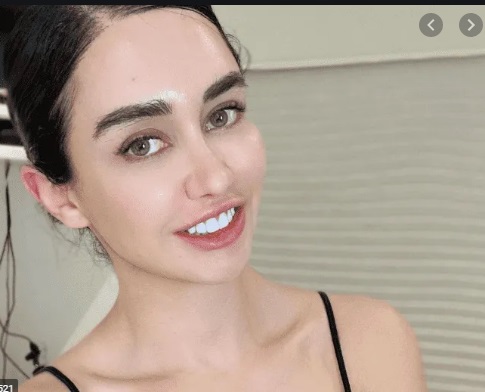 American Model, Fashion designer and internet personality, Joselyn Cano has passed away. According to her Wikipedia page, Joselyn who is also known as Josey Cano, “The Mexican Kim Kardashian” died on December 7, 2020, at the age of 29. She reportedly died at 29 after the botched cosmetic butt-lift procedure she went through in Peru.

What the fuck? Joselyn cano died from getting a bbl in Peru? That shit is crazy 😔

Confirming the news also was actress Lira Mercer through her official Twitter page:

Lira Galore speaks after the passing of Joselyn Cano 🕊🌹 pic.twitter.com/UeuSzhOmAd

According to reports, She had admitted to undergoing cosmetic surgeries to enhance various parts of her body but insisted she worked out day and night to achieve the perfect volume and tone. “Some of today’s workouts! I love the last one! You can definitely feel the glutes being exercised,” she once shared on Instagram about her fitness regime. “I squeeze my glutes as I go to help stimulate more muscle growth. I’ve always received so many DMs from girls asking me about my routines and my meals, so I decided to start posting more workouts and meals regularly on my @joselyncanofit page soon!”

The Fashioner star started her modelling career at the age of 17 for local magazines. She rose to fame in 2014 by appearing on the cover of the Lowrider magazine.

In addition, the young woman began her career as a model posing with sports cars, so she must have great attributes. Cano commented that then he did undergo some cosmetic surgeries and that he decided to work his body day and night to achieve volume and tone.

“Some of today’s workouts! I love the last one! You can definitely feel the glutes being exercised. I squeeze my glutes as I go to help stimulate more muscle growth. I’ve always received so many dms from girls asking me about my routines and my meals, so I decided to start posting more workouts and meals regularly on my @joselyncanofit page soon! ”Joselyn writes.

She has also featured in World Star Hip Hop’s Valentine’s Day Special video. During the summer of that year, she portrayed Gerardo Ortiz’s girlfriend in the Music Video for his single Y me besa.

In 2015, she was featured in the Hot Bike motorcycle magazine. In 2016, Cano was featured on the Sports Illustrated website as one of the Lovely Ladies of the day. In 2018, Cano launched her own line of Swimwear. In recent years, Cano has gained notable popularity through the use of social media.

The nickname, Cano “The Mexican Kim Kardashian” came into place after Joselyn gathered much notability on social media. She currently millions of followers on her Instagram account, (approximately 12M followers).

If you know the American model, Joselyn Cano, you will surely know that she has some of the favourite charms of Internet users and this time we will tackle one of the most recent videos, one in which they almost escape her, because her swimsuit barely could contain them.

A recent Instagram video, Joselyn Cano appears showing off in front of the camera to record a video for her exclusive content page, OnlyFans, a site where these clips are uploaded in their full version since it surely ended for showing it all.

As we know, Joselyn Cano quite enjoys the great attention she has, so she has decided to keep everyone well pampered with these types of images in which her clothes can barely contain their beauty.

Thanks to this, she achieved more than 374 thousand likes quickly and attracting many people to her page, which by the way is very important for her, since those who really support and appreciate her are subscribed there.

We have even been able to read messages from subscribers who send the model infinitely thanking them for uploading the excellent content they have there, since they really care about them and have them more than spoiled by uploading personalized photos and videos every time has the opportunity, this focused on growing more and more a man who has already become a brand.