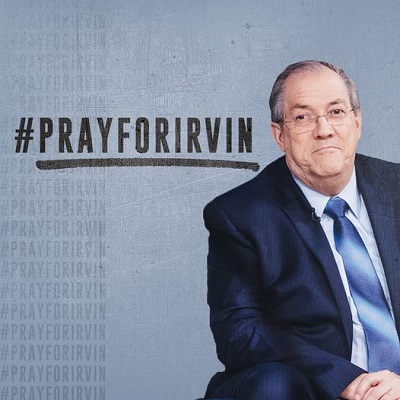 From the information gathered pastor Irvin Baster died after he was put on ventilators for Covid-19 this morning.

“It is with very heavy heart that I say our good Lord took home one of the bravest pastors I have ever followed, Pastor Irvin Baxter passed away after being put on ventilators for COVID-19 this morning. God bless Pastor Baxter. End of the Age https://youtu.be/oxnyb-Q5GSE via @YouTube”

It is with very heavy heart that I say our good Lord took home one of the bravest pastors I have ever followed, Pastor Irvin Baxter passed away after being put on ventilators for COVID-19 this morning. God bless Pastor Baxter. End of the Age https://t.co/2kbEA08cgo via @YouTube

Earlier before the news of his death broke out, it was announced that his condition got worse.

According to post shared on Tuesday by Endtime ministries says:

“Irvin has gotten worse. We just received word a few moments ago that they are moving him to ICU and putting him on a ventilator.
Please take time as soon as you can to #PrayForIrvin and share this post with believers around the world. Let’s join together in prayer and fasting for him.”

Irvin Baxter was an American Oneness Pentecostal minister, televangelist, author, and biblical scholar who hosted the internationally syndicated biblical prophecy television program, End of The Age, and, who also was the founder and president of Endtime Ministries, a Christian organization devoted to presenting his views on Christian eschatology.

He was also an author, publisher, broadcaster and international prophecy teacher.

Before he founded Endtime Ministries, Baxter served as pastor of the Oak Park Church (UPCI) in Richmond, Indiana for approximately 32 years.

Prior to 2002 Irvin pastored at the ‘United Penticostal Church’ (UPC) in the 1200 block of South 8th street in Richmond, Indiana where he first set up Endtime Ministries out of the Church.

Upon the purchase of the Oak Park Church building in 2002, the congregation of the ‘UPC’ moved to Oak Park and shared the building with the ‘Church of God’ congregation until the previous owners could find a new home to worship.

Irvin separated Endtime from the Oak Park congregation and moved to Dallas where he set up as full time radio and television evangelist.