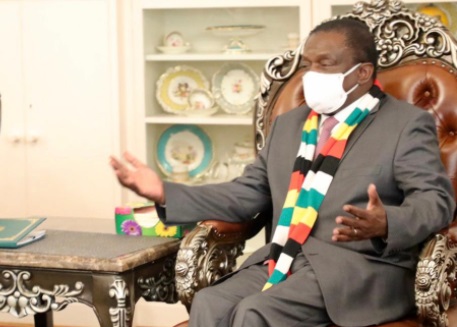 Zimbabwe President Edmnangagwa expresses his grief over the death of Michael Banana whom he remembers as a young pilot in the Airforce bravely serving his country.

The president in his official speech on Thursday morning said he has sent a message of condolences to the Banana’s family, following the death of Michael Banana, the son of the late First President of Zimbabwe, Cde Canaan Banana. 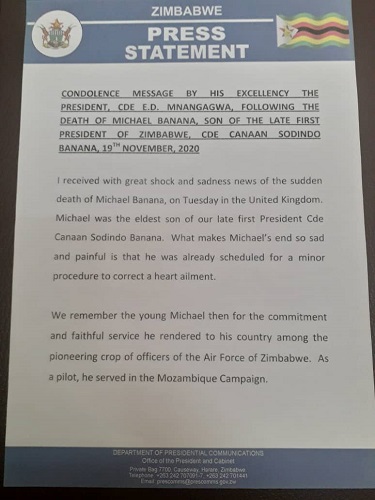 Michael Banana reportedly collapsed and died on Wednesday in the UK.

He has based in the UK for a long time after seeking safety in the country since 2000.

In 2013, Michael was investigated by a council for benefit fraud in an alleged scam involving his wife, a £95,000 winner on Deal Or No Deal.

He was accused of receiving cash for a council house while living elsewhere with benefit cheat Caroline Banana, who tasted success on Noel Edmonds’ games show.

Mrs Banana who continued to claim benefits despite the mammoth win was filmed by undercover officers for a series about the UK’s worst fraudsters.

But while they were following her they discovered husband Michael, the son of notorious ex-president Canaan Sodindo Banana, was living with her in Stoke.