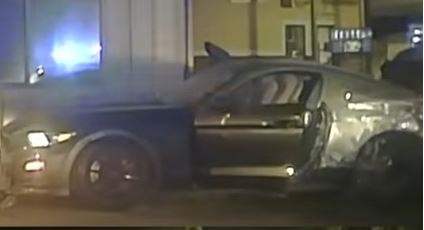 A fleeing driver of a Ford Mustang collided with another car while fleeing from police in Arkansas.

Footage from a police car shows Mustang driving as a police car crosses the highway as officers try to stop him.

Instead of stopping, the driver of the Mustang sped off.

According to reports, the driver collided with two other cars while fleeing.

When he was arrested, during the pursuit, he confessed to driving at a speed of 286 km / h. He was charged with speeding, reckless driving and resisting arrest.