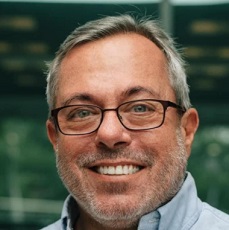 Sad to report the sudden passing of longtime Christian Radio personality Jeff Taylor. Jeff Taylor Sandnes has passed away. His death was announced yesterday by his wife, Larisa.

His wife Larisa Sandnes via her Facebook page announced that Jeff has passed on. She requested prayers for their entire family.

READ: Friends, this morning, my husband, Jeff, went to be with the Lord. He suffered a heart attack. When he was found, he was already gone. We are filled with hope knowing he’s in the arms of Jesus. Please pray for our entire family as we grieve this great loss. We love you all! We will keep you updated on service details.

Most recently Jeff was a morning host at KCBI/Dallas. He exited KCBI in 2019.

He was also with WSOR/Ft. Myers, Power 92/Fargo and the WAY-FM Network. In addition, Jeff worked in mainstream radio as the PD at KISS-FM in Fargo and also worked for Z-103.3 in the Lakes Region of Minnesota.

In 2019 Jeff Taylor left the morning show at KCBI/Dallas which he joined KCBI in August 2013.

In August 2013, Jeff began a new chapter in his radio career as Morning Show Host at 90.9 KCBI in Dallas/Ft. Worth, America’s 5th largest market. “Mornings With Jeff and Rebecca” is #4 among adult women in Dallas-Ft.

For more than 15 years, He was a part of WAY Media, Inc. During that time Jeff managed the Southwest Florida property and hosted the Morning Show there.

As the GM of WAY-FM in Southwest Florida, he was responsible for raising ongoing operational funds in excess of $1 million annually. When he arrived in 1995, this station was operating at a fiscal deficit of 11%. Since that time, the station was profitable each year, showing double-digit net proceeds most of the last 14 years.