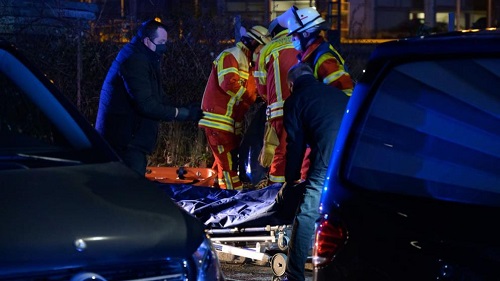 How could that happen? On Saturday evening, a group of young people got into a tank car parked at the station and came very close to the overhead lines. This resulted in a 15,000-volt ignition.

Two died and one was burnt in his hand. A spokesman for the federal police said Sunday night.

According to the police spokesman, a large number of rescuers were deployed after the accident.

The station was closed for about an hour and a half on Saturday evening. According to Deutsche Bahn, there have been significant delays.

The identities of the dead and wounded were unknown at first.

The federal police have repeatedly stated that electric shocks can occur if you do not touch the airline. If you approach the 15,000-volt line more than 1.50 meters, the current can jump to the body.