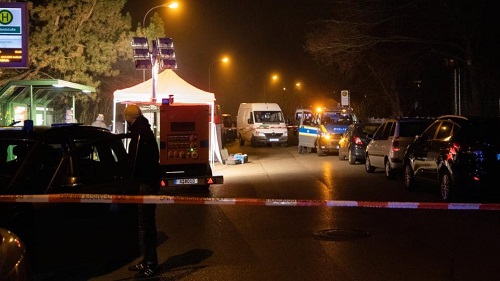 One person was killed in an argument in Augsburg. According to the first findings of the investigators, the 28-year-old man had an argument with a couple passing by and was seriously injured.

The man died at the scene on Saturday evening, police said resuscitation was unsuccessful, The couple fled immediately after the altercation on Friday night.

Police arrested the suspect couple early Saturday morning. He is 19 years old և 27 years old. The two Germans are due to stand trial on Sunday on charges of murder.

The area around the bus stop in Augsburg’s Pferse district was cordoned off for several hours after the crime on Friday evening. Police specialists provided traces. Criminal police are investigating the murder.

The background of the crime, the exact course of events is not yet clear, they are the subject of an intensive investigation. Police declined to comment on the cause of death.