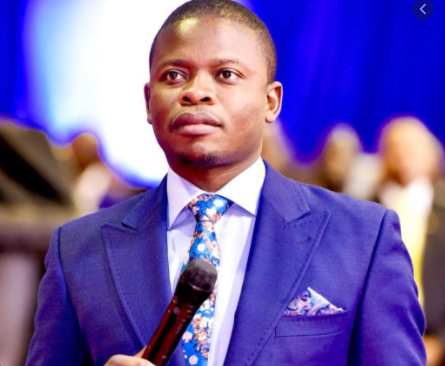 In a new Facebook post, controversial prophet, Shepherd Bushiri has said that he believes that the arrest warrants issued for him and his wife Mary are part of a conspiracy to prosecute him.

The Hawks confirmed that three commandments had been given to the self-proclaimed prophet, bringing the total to five.

Bushiri posted a statement on Facebook saying that the latest developments only confirmed the level of injustice in South Africa.

Almost two weeks ago, the couple fled to their homeland of Malawi, breaking their bond conditions here in South Africa.

The government of South Africa has initiated an extradition process to force the couple to respond to allegations of fraud, theft and money laundering here in the area of ​​the house.

In an official Facebook statement, he released on Monday, Bushiri said:

I am neither shocked nor surprised with media reported warrants of arrest because they are just part of the larger crusade to try and persecute my name in the media by a team of white police officers notably from the Hawks.
For the record, it is trite law that when a warrant of arrest is issued, law enforcement agencies proceed to effect arrest; not leaking information to the media as my case has always been with these police officers.
These are police officers that I opened extortion and corruption cases against in 2018 after they tried, unsuccessfully, to extort about R10 million from me. At the time, they were clear and on record saying that “failure to pay the R10million would result in immediate retaliation.”
Despite confirming opening of such cases, South African Authorities haven’t taken any relevant steps to bring to book these police officers.
Instead, these officers were let loose, riding on the back state resources, and embarked on a crusade to cover up their crimes by launching and issuing numerous warrant of arrests against me.
For the record I reiterate and confirm that the very same police officers are same police officers who arrested me in Feb 2019. As is not enough they are again same police officers who arrested me in October 2020, and, again, without any official confirmation I bet it’s the same police officers.
I have been advised—which advice I accept—that rape cases are not handled by hawks but South African Police (SAPS) designated unit known as Family Violence, Child Protection and Sexual Offences (FCS).
I had launched complaints on how Hawks were recruiting girls to fabricate charges of rape and to date no reprieve for me. Some of these were confirmed via various videos of those who came back to confess such wrongful conduct.
During my public address on Saturday, 21 Nov 2020, I pertinently and persistently stated that as long as these officers are not recused, there is no way I can receive fair trial in South Africa because those officers are surely and evidently so driven by vengeance, not justice.
That is why these fresh warrants of arrest are neither a shock nor a surprise because they only confirm every detail I shared with regard to spates of injustice I left in South Africa.
But above all, as a revered man of God, a husband and father who understands that rape is an abominable crime that goes against everything that I stand and believe in.
As Keen as I am to clear my name, I unequivocally refuse to feed the media spectacle created by white police officers bent to cover up their crimes. My conscious is very clear and so it shall remain.“

Bushiri was also accused of rape by members of the church of his Enlightened Christian Assembly in 2018.

“Three more arrest warrants have been issued for Bushiri, a refugee who fled to his country, Malawi few days ago after breaking his bail. The letters of recommendation were given on Friday, 2020. On November 20. Bushiri was already accused of fraud and money laundering at the time of his disappearance.

“Bushiri is still under investigation for three separate cases of rape reported by members of his church.”