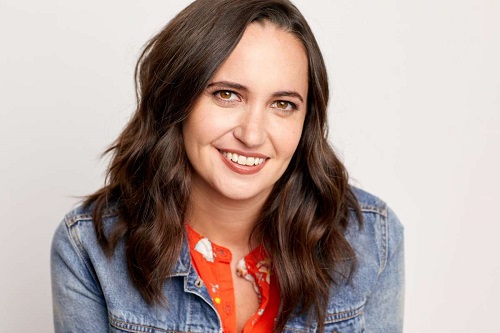 Former co-host Dinah Powers working with 94.5 The Buzz has died.

Confirming her death  is the 94.5 FM through their Facebook page today:

“It is with sadness that I announce the passing of our friend, coworker and my former co-host Dinah Powers.”

“Unbelievable that she’s gone, and a lot of us are in shock. Rest in peace, Dinah. We missed you already just from not seeing you every day, now it hurts more than ever that you are gone.”

According to them, Dinah has been battling with cancer for a long time now but she  called the show in October to give them  an update on her battle with cancer and to thank everyone for their generosity and prayers.

Relating the sad news of Dinah’s death The 94.5 FM released through their website a heartfelt tribute to her:

It is with unimaginable sadness that I announce the passing of our friend, coworker and my former co-host Dinah Powers.

Many of you have been following her journey as she was fighting stage 4 uterine cancer that was spreading to her lungs. So many of you generously donated to her gofundme. Dinah told us herself on the show in her emotional interview just a few weeks ago how amazed she was at the out pouring of LOVE you guys showed. My last text with her was Friday Nov. 13 getting ready for the show at 5am. I told her I was thinking about her and I loved her.

She responded later that day…

She fought to the end. She was one of a kind and we are all richer for having known her.

I will never forget her.

Family is still working on all arrangements for her at this time.

Diaz said: “It’s with great sadness that we all just heard about the passing of Dinah Powers. She unfortunately passed away today from fighting stage 4 uterine cancer. It was an honor to be one of her first close friends when she first moved to Houston to join as co-host of The Rod Ryan Show. We had our ups and downs but we’ll always have all the great times and classic Happy Hours we spent together. She will be missed by all the team at 94.5 THE BUZZ and all her fans in Houston.”

Who Is Dinah Powers –  Brief Bio

Dinah was recently diagnosed with Stage IV uterine cancer, which has aggressively spread into her lungs. She was hospitalized for over a month, and although recently released, at that time she was still fighting for her life. A Gofundme account was opened on September for her to enable her raise $20,000.00 for her outpatient chemotherapy scheduled in late September, but unfortunately she couldnt make it.

Dinah Powers, was a co-hosts The Rod Ryan Show on 94.5 FM, she announced that she was leaving the Houston radio station last year.

“Friday is my last day. I decided not to renew my contract,” Powers told Chron.com.

Powers moved to Houston in 2012 after winning her co-host position on The Rod Ryan Show in an on-air competition. She was previously at 102.5 FM in Tampa.

“I’ve enjoyed working with Rod and the other members of the show. I wish them all the best,” she said. “But I’ve been doing radio my entire adult life and am ready to do something different.”

After taking some time off to travel, Powers plans to go back to school, she said.