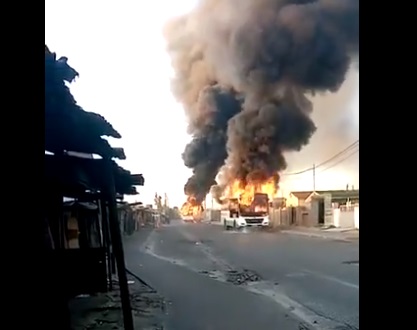 There is a report of two busses been set on fire in Makhaza, Khayelitsha, Cape Town.

Although the actual cause of the fire or who set the two busses on fire have not been revealed many people said it’s because of the Brackenfell saga that took place few days ago.

From the video, the commuter busses can be seen going up in flames as the road seem deserted.

Similarly, the situation had happened in Cape Town road in recent times where two Golden Arrow buses were torched before sunrise on Monday morning, as hundreds of commuters battled to get to work. 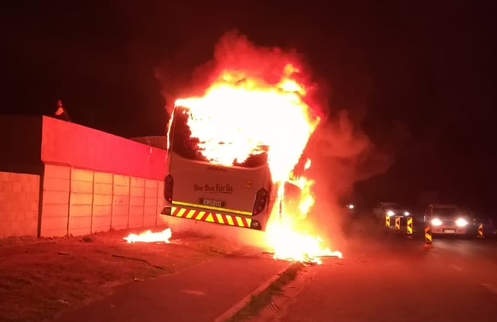 Taxi services were not operational after some associations went on strike on Monday morning.

The City of Cape Town’s fire and rescue services attended to at least two fires, where buses were set alight.

Officers stationed at Harare, Khayelitsha, reported the fire at Makhaza.