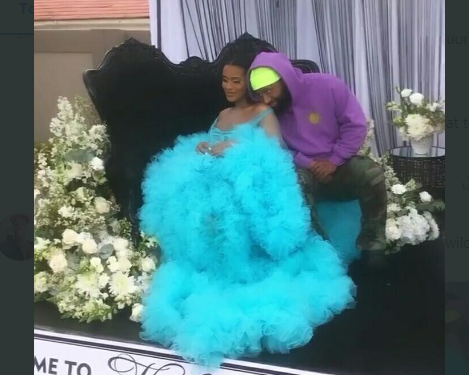 During the interview, the rapper said a lot about his music, career, fight against AKA, and also the love of his life.

While it might be assumed that Bexx settled with Mufasa because of his wealth, he made it known that they never thought about financial benefits, as she’s probably got more money than he does.

“She knows and understands her worth, she wasn’t excited about my fame or money, also she comes from a good family, my money wasn’t even…my girl is more monied than me, probably,” Cassper said.

It was reported that her family is one of the wealthiest in KwaZulu Natal.

Mufasa and Thobeka welcomed baby Simba named, Khotso in September, and it’s been all mushy for the new family.