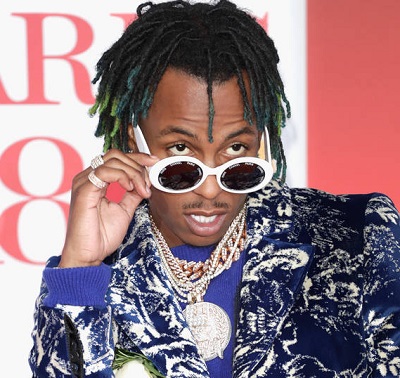 American rapper “Rich The Kid” has denied that it was reported that his crew members where evicted from the Roxy Hotel for “disturbing the staff” and “creating a mess in the rooms”.

There have been stories of musicians for generations, in their sometimes creepy hotels.

Everyone has to do their best to use Google to read the stories of chaos and madness in the luxurious resorts of the world by artists, but Rich The Kid denies the claims that he is responsible for the destruction of various rooms in New York Roxy Hotel in Tribeca as reported.

According to Page Six, Rich The Kid annd his crew where asked to leave the Roxy Hotel because they were “disturbing the staff”, acting “belligerent,” and were “making a mess of rooms.”

” However, while the outlet has multiple sources that verified those accusations, Rich refuted those claims and in a statement to Page Six, he says that he and his crew were “stereotyped.”

“The narrative being painted of me is completely false. My working staff and me frequently stay at the Roxy Hotel in New York for business,” said the rapper. “We have never had any complaints from the hotel or otherwise of any kind.”

The statement added that “alternatively, we have built a rapport with key staff and management at the hotel, who can confirm that we have never had any issues at the hotel.”

“To the extent you have received any information that there were issues with the hotel, the only explanation I can give is that my staff and me were unfairly stereotyped,” and “and failed to receive the level of service and respect warranted for the loyalty we have shown the hotel and the money spent here.”

The outlet was told that after being removed from Roxy Hotel, Rich The Kid and his entourage attempted to check-in at the NoMad Hotel but were booted from there as well. When Page Six asked the rapper about those rumors, they claim he only said they didn’t stay at the NoMad and did not explain further.