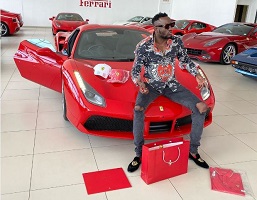 Popular Zimbabwean Socialite & Business who is also the founder and Chief Executive officer of a gas company, Pioneer Genius Kadungure aka Ginimbi has passed away. Ginimbi was reported to have died yesterday November 7 2020. The young businessman lost his life in a tragic car accident.

The Socialite Genius ‘Ginimbi’ Kadungure died after a high-speed car crash in Harare. He was thrown off the vehicle which burst into flames after the crash, according to witnesses. 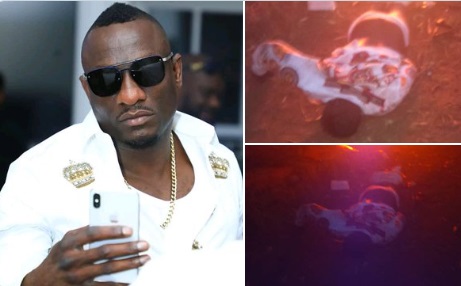 Is It True That Pastor Charles Charamba Is Dead Or Alive

What Happened To Dr Patson Dzamara – Brother To The Missing Zimbabwean Journalist, Itai Dzamara Is Dead

Ginimbi is also the owner of Club Sankayi (now known as Dreams Nightlife Club). Born and raised in Domboshava to the family of four, Kadungure started engaging in small business transactions at the age of 17 as he became a middle-man securing gas for domestic users.

Watch Video From The Scene Of The Tragic Accident

It all comes to this! You struggle, make it, get rich then you are taken from the face of the earth.. go well Ginimbi.. life is all but vanity pic.twitter.com/GHrVbBNbFW

In May 2014, Kadungure was arrested on fraud charges. He was accused by Badon Enterprises’ Chegutu West Dexter Nduna and Kadoma-based miner, known only as Gatawa, of defrauding a Zagu-PF MP of just 58 1,581,890.

Kadungure reportedly set up a fake company called Transco Civil Engineering, which is believed to be based in South Africa, and opened an ABSA bank account for the company.

He then telephoned the protesters, misrepresenting himself as a major buyer of Marange Resources looking for competitively priced mining pumps.

After the transfer, Transco engineering “officials” told Enock to return to Zimbabwe DH to check his parcel by DHL within three days. He only received a package of cell phone chargers.

In 2014, it was reported that he was engaged to Zodwa Mkandla, 11 years his senior and no mention has been made of them having gotten married.

In April 2018, Ginimbi disclosed that he and Mkandla were no longer together. He told the Eastern Times that he was single although he had a good relationship with Zodwa whom he continues to do business with.