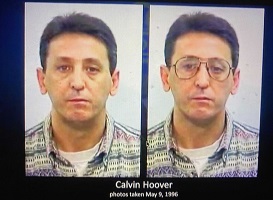 Calvin Hoover has been identified as killer involved in the murder of 9-year-old girl Christine Jessop. Christine Jessop was raped and stabbed 36 years ago (December 31, 1984).

Jessop’s partially clothed body was found three months after her abduction in a wooded area 50 kilometres from her house on Oct. 3, 1984. Her body was found on Dec. 31, 1984.

According to Toronto Police, the discovery of the girl’s killer was made possible by the used of genetic genealogy and DNA.

Police Chief James Ramer says Calvin Hoover, who was 28 years old at the time, has been identified as her killer.

Hoover died in 2015 by apparent suicide. Police would only say his death was not the result of foul play.

Police met with the Jessop family this morning and remain with them this afternoon.

“If he were alive today Toronto Police would arrest Calvin Hoover for the murder of Christine Jessop,” police chief James Ramer said.