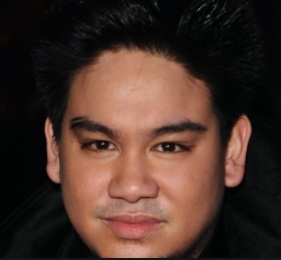 The second born of Hassanal Bolkiah, Sultan of Brunei who was the fourth to take over the throne of Brunei, Prince Azim has sadly passed away. Prince Azim Of Brunei was reported to have died today October 24, 2020, at the age of 38. He is the elder brother of HRH Prince Mateen.

His cause of death or what led to his sudden demise has not been made public as at the time of filing this report.

Today, Price Azim of Brunei has passed away. Please cooperate to show and mourn with respect to Prince Azim’s passing. May he rest well and in peace.

We surely belong to Allah and to Him we shall return. #Brunei #PrinceAzim pic.twitter.com/mvFVlwr1aH

In 2008, he was sent to attend the nine-month officer training course at the Royal Military Academy Sandhurst, but he dropped out after one week.

In 2009, he designed unisex weekend bags for MCM. The proceeds went to the Make A Wish Foundation UK, a charity in which he is one of the patrons.

In May 2011, at a charity show in Brunei Darussalam, held at the Empire Hotel and Country Club’s Indera Samudra Hall at which 31 persons with autism performed, Prince Azim said that those with autism should be treated with respect, “as would to any of your family members”.

On 27 April 2013 at the opening of the 2nd ASEAN Autism Network (AAN) Congress, he urged that appropriate support be given to families with autistic family members.

Azim, who often produces movies, is known for throwing lavish parties. In August 2016, openly gay skier Gus Kenworthy was in attendance for one of Azim’s glitzy star-studded affairs. Kenworthy posted a selfie to Instagram with his boyfriend Matthew Wilkas and fellow attendee Caitlyn Jenner, who notably underwent a male-to-female reassignment procedure in January 2017.

Prince Azim as a movie producer worked on a couple of movies like “Dark Places” and “You Are Not You”. The movies were released in 2014. He is the founder of Daryl Prince Productions.

In 2009, Prince Azim went viral all over the internet after it was alleged that he spent over 70,000 Euros only on flowers. Prince Azim, apparently, is also said to have gifted jewellery of almost $6 million to his long-time friend and singer, Mariah Carey, in 1996.