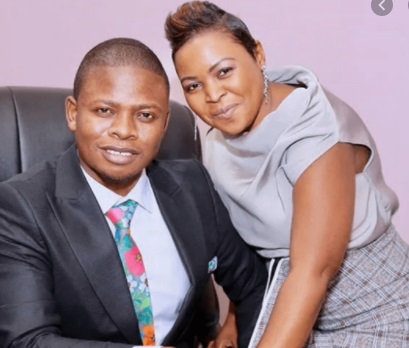 There is a new report circulating on the social media that Shepherd Bushiri and his wife have been arrested again, along with another pastor and his wife over money laundering.

On Tuesday, Pastor Bushiri turned himself in to Hawks and his wife, Mary, was arrested too.

Hawks, however, said that Bushiri first tried to “avoid” his officers and then surrendered in the presence of “a circle of lawyers.”

In a statement, the Church of the Enlightenment said Hawks had apparently told the couple’s lawyers that they wanted the couple to visit their offices at 11 a.m. on Tuesday to discuss “some investment with a company called Rising Estate.”

“When [Bushir]’s lawyers were getting ready for their appointment at 11 a.m., the Falcons went home before the 11 a.m. appointment, only to arrest the Prophet’s wife,” said Bushiri’s spokesman, Yeprem Newondo.

Bushiri, according to Nyondo, then went to the Hawks’ offices to hand him over.

“He believes in the country’s justice system; he will stay true to what the law requires until the end of this war. “Since the issue is still under criminal investigation, we have been advised not to discuss it again,” Newondo said.

Hawks spokesman Col. Katlego Mogale said four people, including another pastor, his wife, had been arrested on charges of R102 million in fraud and money laundering.

“The Hawks’ serious commercial crime investigation members arrested the first couple on Saturday, the woman in Sandton and her husband at OR Tambo International Airport. The two — Willah Mudolo and Zethu Mudolo — have since appeared in the Pretoria magistrate’s court and their case was postponed to October 30 for formal bail applications.

“On Tuesday, the team made a further arrest of another couple allegedly involved in the same case. The woman, 39, was arrested at her home and her husband, 37, after trying to evade the team handed himself over at Silverton police station with an entourage of attorneys,” Mogale said.

The couple arrested on Tuesday is expected to appear in the Pretoria magistrate’s court soon.

In a separate matter, Bushiri, the Enlightened Christian Gathering church leader, and his wife on Friday appeared in the Pretoria high court for a virtual pretrial conference. Their matter was postponed to May 31 and June 18 next year for trial.

The Hawks’ case against the couple concerns alleged offences of fraud, money laundering and contravention of the Prevention of Organised Crime Act (Poca).

With More Information from TimesLIVE