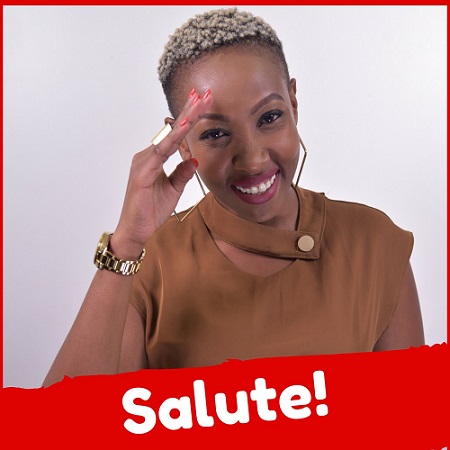 According to reports, The Sailors band group asked her to open a YouTube account for them before their fame in the industry, now she has locked them out demanding 1.5 million Shillings to hand it over.

It is believed that the account currently has over 7 million views.

Their most popular “songs” Wamlambez, Queen B, and Pekejeng were uploaded on Mwalimu Rachel’s official channel.

Those three songs have combined views of over 16 million. Mwalimu Rachel’s entire channel has 21 million views, so the vast majority are attributable to Sailors.

This exactly why they allowed her to post their first hit on her channel. They were still unknown. But after that viral hit, why go-ahead to post more videos to her channel? Why allow her to open a YouTube account for you and control it? should be the next question they need to answer.

It is now alleged that Mwalimu Rachel has been pocketing all those sweet Adsense earnings associated with Sailors’ songs and separate youtube channel, then throwing them whatever she feels like. This is really not good.

Finally, the Sailors had no other option than to be forced to open a new channel. We won’t be surprised if they allowed yet another friendly stranger to control it.

Mwalimu Rachel Reacts to the alleged rumour that she demanded 1.5 million Shillings from Sailors band group to release their Youtube Channe below.

In her latest Tweets, she denied the report that she charged them KES I.5 Million.

“Let’s be clear… I wasn’t charging Sailors KES 1.5 Million for the YouTube Channel, I was charging the record label that wants to take over.”

Lets be clear… I wasn’t charging Sailors KES 1.5 Million for the YouTube Channel, I was charging the record label that wants to take over.

Recently, Mwalimu Rachel faced a death sentence after she was charged with robbery and violence

The media personality was charged at the Kikuyu law court alongside four others not in court for allegedly robbing one Martin Mbugua Njeri of valuables worth Sh103,000.

According to the charge sheet, Ms Njeru and her accomplices allegedly committed the crime on January 17 at Kinoo, Kikuyu sub-county within Kiambu County.

She was accused of violently robbing Mbugua of a wristwatch worth Sh35,000, two silver chains valued at Sh65,000 and Sh3,600 in cash with help from her accomplices.

If found guilty of the charge levelled against the mother of one, she could be sentenced to death.

“If the offender is armed with any dangerous or offensive weapon or instrument, or is in company with one or more other person or persons, or if, at or immediately before or immediately after the time of the robbery, he wounds, beats, strikes or uses any other personal violence to any person, he shall be sentenced to death,” section 296 (2) of the Penal Code reads.

Mwalimu Rachel pleaded not guilty to the charges and was released on Sh10,000 cash bail.