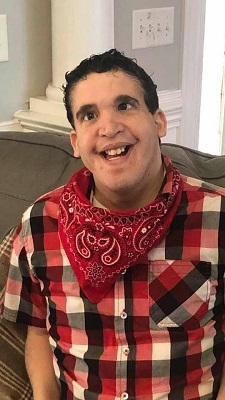 It is sad to announce that Tyler Parker passed away unexpectedly at age 27.

The news of his death was made to know  Brandonbit Motorsports through their Facebook page:

His death was also confirmed by  Brandonbit Motorsports’ PR Gordon Combs who is the father of Tyler.

According to him, Tyler died months ago but he never disclosed the actual cause of Tyler’s death.

I asked Brandon to honour him on the car at the Charlotte race but it was cancelled due to COVID. So here we are at Charlotte tomorrow and Brandon, being the kind person he was raised to be, is keeping his commitment. Look for “Tyler” riding with Brandon Brown in the #68 Rays Siding and Roofing Chevrolet.”

He was a native of Charlotte, Tyler was loved by many all over the Charlotte area. This is a quote from Tyler’s Dad;

“My son Tyler had special needs and passed in March basically a week before things shut down from COVID so we’re thankful for the ability to have been able to have the service. He never spoke but touched many with his life and love.

He was actually able to have a celebration with over 300 in attendance. The preacher said ”Wow” if this young man could touch so many lives with no voice what could you do with yours. The amazing thing was we had over 300-bandanas over the years from him drooling and decided to pass them out at the funeral for any tears.

We never knew he would go on to touch lives even after his death. We kept getting calls weeks later from people still wearing his bandanas that we gave out because no one could get masks. We sure appreciate Brandonbilt Motorsports and Brandon Brown’s #68 team for honouring my son’s life in this special way.”.