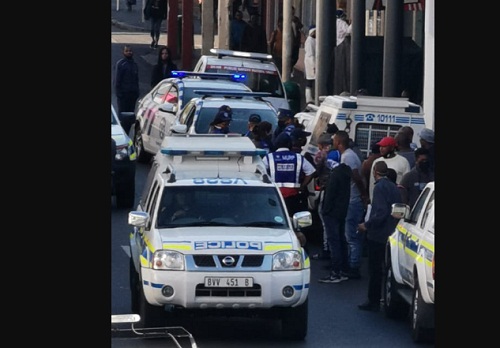 Officials are on the scene in Wynberg main road this morning following shots fired during a traffic officers’ pursuit of a taxi driver.

The City’s Maxine Bezuidenhout says the driver fled after being requested to stop in Min and Milbank roads.

Private security officials “Fred two warnings shots” in an attempt to stop it but to no avail.

The driver later abandoned the vehicle and fled on foot.
Bezuidenhout Denise reports that a traffic officer who gave chase was shot, saying instead that he has fallen while in pursuit.

No further injuries were reported. The suspect was later arrested and faces charges of reckless and negligent driving.