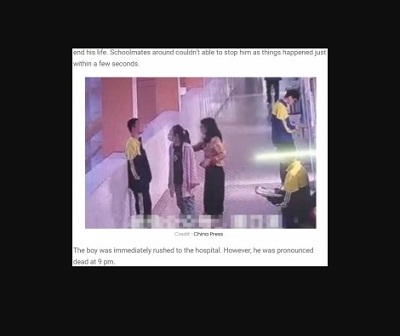 In China, the increase in suicides by young people is regarded as a problem, but parents are so passionate about their children’s education that they often die under the pressure. Recently, a junior high school student jumped and committed suicide immediately after being scolded by his mother on the school campus. Local media reports, “Isn’t it a revenge for my mother?” “RedChili21 MY” and “Chukokuho” reported.

On September 17, a 14-year-old boy attending a junior high school in Wuhan, China, jumped off the 5th floor immediately after being scolded by his mother at school and died himself.

At that time, the boy was found by a teacher playing a poker game with his classmates at school and was standing in the hallway as a punishment. The boy’s mother, who was contacted, appeared and slapped in front of the other students as he stood in front of his son.

After that, the mother, whose anger did not subside, slapped again while scolding violently, grabbed her son’s chest and pressed it against the wall. The boy remained silently held down by his mother without resistance, but an unseen teacher soothed and took him out.

The boy left in the hallway seemed to be looking down a little and thinking about something, but a few minutes later he suddenly threw himself out of the window in the hallway. There were other students in the hallway, but it seems that there was no way to save them due to a sudden event. The boy was immediately taken to the hospital,he died that night.

About this boy, Chinese netizens said, “Recent children are too vulnerable to stress” and “It is selfish to commit suicide without thinking about parents.” However, some criticized his mother, “Don’t hit the child in front of alumni” and “What if there was a girl he liked?”

Local Chinese media reported that the boy committed suicide as a revenge for his mother, and the Chinese Q & A site Zhihu responded to novelist Zhu Hao, who explained why teenagers committed suicide. I’m quoting. He replied:

“Some children think that if they commit suicide, they could hurt their parents. Maybe they wanted to revenge their parents by killing their lives. Their abandoned dialogue. Is it something like “I’ll give you back the life you gave me?”

He quoted him in “Chukokuho” and said that he might have committed suicide for revenge, thinking “I will return the life my mother gave me” just before the boy jumped off.

He also said that many parents in China tend to treat their children as property, and parents teach that “because you were born to us, your life belongs to us.”

It has been revealed that about 500 elementary and junior high school students commit suicide every year in China these days, but it seems that there are many cases in which they are likely to be overwhelmed by the excessive expectations of their parents and choose to die. 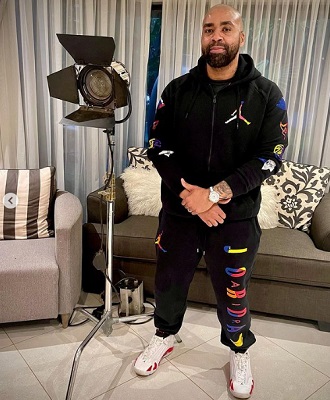 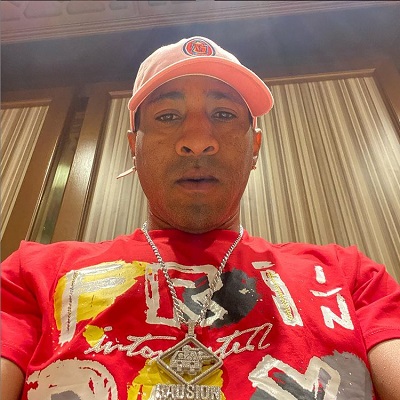