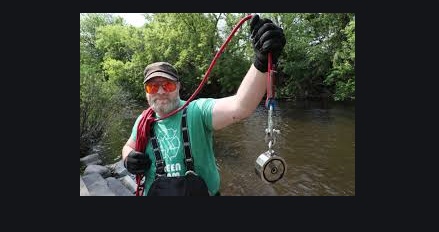 A magnet fisherman was quite shocked when he made a striking find this week at the Gerben Wagenaar Bridge in Mokum Noord. There he took four money boxes from the water, to which a grenade turned out to be attached.

‘When I took another look, it turned out to be a hand grenade. I knew immediately that it was wrong and I was completely shocked ‘, says magnet fisherman Mark Keijzer.

He therefore immediately called the police. “In the meantime, I’ve warned people to stay away.”

The Police Explosives Safety Team (TEV) then arrived on the scene and confirmed that it was a grenade. The Explosives Clearance Service Defense (EOD) was then called up.

“The EOD will now defuse the grenade in a safe place in the city,” says a police spokesman.

The area around the bridge was cordoned off for some time