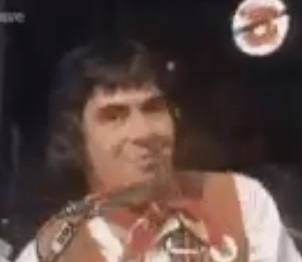 Legendary Musician, Tony Baylis is dead. The Wurzels are mourning the death of one their member, Tony Baylis who passed away a few days ago at the age 85. His cause of death or what led to his sad demise was never made public.

Tony Bayliss was one of the key members of the musical group when they topped the charts in the 1970s. He was in the band during their days in the charts with The Combine Harvester, I am a Cider Drinker, The Blackbird song and One for the Bristol City. Tony during the time with Wurzels sings, plays bass guitar and Sousaphone.

Tony Baylis death news was announced by The Wurzels via their official Facebook page.

The post on the page Read – Tommy and myself are deeply saddened at the news of the passing of our dear friend and fellow Wurzel, Tony Baylis. Tony shared our success in 1976 when our record Combine Harvester went to No.1 in the British Charts, and together we travelled the World and enjoyed some wonderful times. Rest in Peace old friend, you will be sadly missed by all of us in Wurzel Land. Pete & Tommy.

Few Things You Need To Know About Tony Baylis

Born in London on 25th May 1935, Tony as a teenager learnt double bass, augmenting that with electric bass and later the sousaphone; and quickly became part of the burgeoning London jazz scene. He played double bass with various semi-professional traditional jazz bands in the late Fifties before his first big break, joining Ian Bell’s band in 1961. Following that, he formed his own jazz quintet, The Jazz Confessors, who played around the London jazz scene between 1962 and 1964.

Tony played with some of the big names in the jazz scene at the time including The Lennie Felix Trio, and Pat Hawes. He was briefly part of the quintet fronted by alto sax player Bruce Turner and trumpeter Mick Mulligan Quintet. He was also drafted into the Fairweather-Brown All Stars – the most successful Scottish trad jazz bands of the time, fronted by Edinburgh jazzmen Sandy Brown and Al Fairweather (Al had served in Egypt at the same time as Acker Bilk, and later teamed up with Acker in the later 1960s). Tony’s unlikely Scottish jazz connections continued when he covered for Ron Mathewson of Glaswegian traditional jazz outfit, The Clyde Valley Stompers for three months while Ron had a hernia operation.

In 1965, he joined Long John Baldry’s Hoochie Coochie Men featuring Rod Stewart on vocals. Later that year he joined Franz Pinter’s Band and did a six-month residency at the London Playboy Club. He followed that by joining up with Rod Stewart’s new post-Hoochie Coochie Men band. In 1967, he joined the outrageous nine-piece comedy-jazz band The Temperance Seven as sousaphone player; the first record I have of him playing the instrument publicly. A year later, and Tony had teamed up with another great Scottish jazz musician, trumpeter Alex Welsh from the Leith area of Edinburgh. He joined Alex’s acclaimed band – recognised as one of the best small bands playing jazz at the time – from May 1968 to January 1969 including playing at the 1968 Newport Jazz Festival.