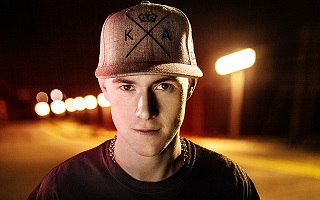 Information reaching our news desk has it that popular United Kingdom producer and Disk Jockey, Cookie Monsta aka Tony Cook from Nottingham is dead. Cookie Monsta was reported to have died today October 2 2020. He died at the age of 31.

Cookie Monsta death news was announced by the Circus Records in an official statement released via their twitter handle. The record label did not reveal the cause of Cookie’s death.

The statement reads below:

Our beloved Tony Cook (aka Cooke Monsta) has left us. We are devastated, no words can contain our feelings on such a day. All our thoughts go to Tony’s family, friends and our heart especially goes out to Tony’s son Olly, the Mini Monsta

The world will miss you Cookie, we will miss you brother. Out of respect for Tony’s family, we will hod off on commenting any further until deemed appropriate.

Tony started off his career as a producer and disk jockey at his tender age. He spent hours on his brother’s Playstation creating sounds on Music 2000, this inspired him to study music technology for real at college. Always attracted to the dirtier sides of music, whatever the genre, he was caught off guard by Rusko’s upbeat style on hearing ‘FabricLive 37’ and became instantly hooked. He began to make dubstep-style tunes, random beats with a grime sound.

He posted the update in an official statement released via his Facebook page in 2019.

Cookie wrote – “For the past year I’ve been struggling with mental health issues, over the recent weeks and months this has become harder than ever. I’ve not been online recently as I’ve been trying to work through my problems away from the glare of social media. Unfortunately, I’ve not made as much progress as I’d hoped, so I’ve decided that I need to take a longer break from the scene. With a heavy heart, I have to tell you that I’ll not be performing at any of my forthcoming shows, including my appearances on the Circus 10 Years Tour. I will continue making and releasing music, beyond that I look forward to being back out to see you soon when I’m better.”