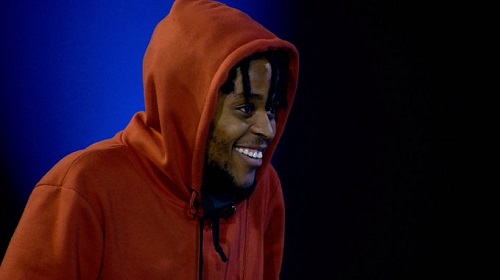 Idols SA is a popular competition that allows talented individuals to make the most of their potential.

The contest helped to gather some of the most wonderful celebrities.

People like Shekhina owe their progress in music to the competition. These details of the top 16 Idols 2020 participants will help you decide who the next Shekhina will be.

Who is Zano Thando

Meet Sonwabile Zano Thando Ngxito who is popularly known as Zano thando, he is one of the South Africa idols 2020 contestants.

Idols is a television show on the South African television network Mzansi Magic based on the popular British show Pop Idol.

The show is a contest to determine the best young singer in South Africa. It was presented by Candy Litchfield and Matthew Stewardson in Season 1.

ZanoThando became noticed when he participated on the South African idols 2020 and came up to be one among the male favourite top 16 contestants, He is from Rustenburg where he grew up and became who he is today. Zano speaks IsiZulu language, English language, Sesotho, Isixhosa language and Setswana.

Zano Thando seems to have this artistic personality, and he boasts of his ability in establishing a relationship with any audience quickly

He can sing and he’s a great performer and he keeps getting better and better by each performance.

He said that the artistic quality he loves most is Being able to establish a relationship between himself and any type of given audience.

Zano said he would love to have an epic collaboration with Vigro Deep who he said has an unapologetic sound.

Zanothando revealed that of all the former idols contestants he is inspired by Khaya Mthethwa, but he was convinced by Loyiso to finally give Idols a try.

He said his tagline or motto “Umfan’ o gcwel’ incasa taste baby.” and that his imagination is his biggest inspiration.

I don’t live life crawling towards perfection, instead, I try and crawl away from fatal mistakes.