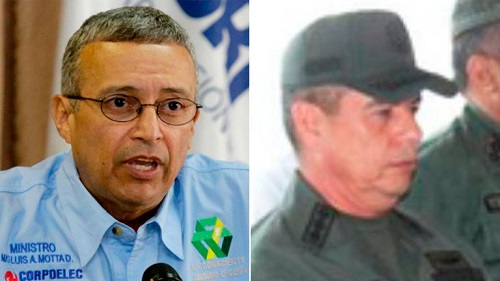 They are Luis Motta Domínguez and Eustiquio Lugo Gómez. They are accused of awarding contracts to companies in exchange for collecting bribes. 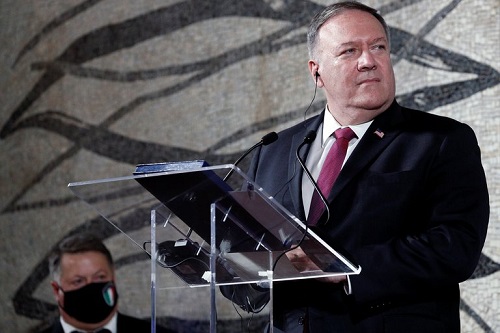 The United States offered up to 10 million dollars in reward on Wednesday for information that leads to the capture of two former ministers of Venezuela, whom it links to the collapse of that country’s electricity system and accuses of collecting bribes.

“The United States Department of State announces rewards of up to $ 5 million, each, for information leading to the arrests or convictions” of Luis Motta Domínguez and Eustiquio Lugo Gómez , said the US Secretary of State, Mike Pompeo, in a statement.

Motta Domínguez, former Minister of Electric Energy of Venezuela, and Lugo Gómez, former Vice Minister of the same portfolio for Finance, Investment and Strategic Alliances, were accused on June 27, 2019 by the US prosecutor’s office of embezzling public funds for their own benefit.

According to the indictment, Motta Domínguez and Lugo Gómez allegedly awarded three Florida-based companies more than $ 60 million in acquisition contracts with Corpoelec (Corporación Eléctrica Nacional) in exchange for money for them.

“On June 27, 2019, Motta Domínguez and Lugo Gómez were indicted for conspiracy to launder money and money laundering in the Southern District of Florida,” explains the statement from the State Department.

On July 28 of this year, both were punished and prevented from entering the United States.

Motta Domínguez is a retired general who was removed from the position of minister in April 2019, amid the blackouts, while Lugo Gómez was in charge of the acquisitions of Corpoelec.

Plunged into a serious political, economic, humanitarian and social crisis, Venezuela suffers from chronic blackouts that continue to this day . The biggest of them took place in March, when a gigantic fault plunged the country into darkness for a week.

At that time, the dictator Nicolás Maduro attributed them to “electromagnetic attacks” by the United States , in complicity with the opposition, to overthrow him.

Meanwhile, in a separate case, the United States on Tuesday offered rewards of up to $ 20 million for information leading to the arrest of three former Caracas government police chiefs accused of importing drugs into the United States.

The Justice Department also offers millionaire rewards for Maduro and other members of the Chavista leadership. Specifically, in March it began offering USD 15 million for the dictator. It also offers rewards of up to $ 10 million each for information related to Diosdado Cabello , head of the National Constituent Assembly; General (retired) Hugo Carvajal Barrios , and Tareck El Aissami , Minister of Industry and National Production.

The State Department has paid out more than $ 130 million in rewards for information that led to apprehensions.

With information from AFP