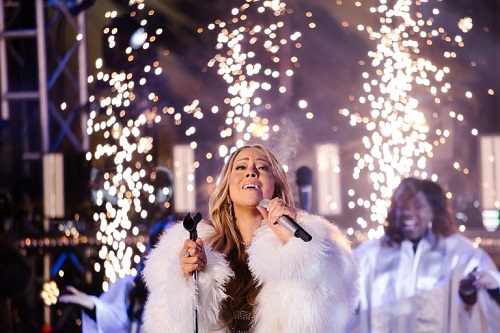 The singer, Mariah Carey in an exclusive media interview revealed how she was drugged with Valium and her terrible childhood amid violence and racism.

The singer Mariah Carey has always been as a successful woman, full of glamour and some eccentricities, but behind the image of music diva is a stormy childhood in which he suffered the bullying and because it wanted a sister to sell it to a pimp, as well as an adult life marked by a marriage with Tommy Mottola, now Thalía’s husband, in which harassment prevailed.

The 50-year-old artist revealed several complicated episodes of her life in the book The Meaning of Mariah Carey, such as her relationship with her family, the treatment she received in her childhood due to her ancestry and even details of the marriage she had with the music producer in the 90’s.

Carey said that between the ages of 13 and 14 she was a victim of racism and bullying at her school because she is the daughter of a black father and a white mother, which on more than one occasion caused her problems with her classmates, who spit on her on the bus or in once they locked her in a room to assault her on multiple occasions.

“This was not the petty school garden girls fight. It was a violent and tortuous premeditated assault by girls I called my friends, ”she commented in her memoir.

Mariah Carey also recounted the tortuous childhood she suffered as a result of the violent behaviour of one of her mother’s partners and her brothers.

According to the famous woman, her brother attacked her mother and threw her so hard against the wall that it sounded “like a real shot” , an event that ended when she was finally able to call a family friend and he told the police.

Other shocking moments in the singer’s childhood were when her sister Alison wanted to sell her to a pimp or one of her mother’s partners threatened to mutilate her and store her in a refrigerator.

“I’m going to cut you into pieces and I’m going to put you in the refrigerator,” he stressed.

Regarding his sister’s behaviour, he said that Alisson married very young and has always suffered from his drug addiction despite the fact that she has intervened and paid for his rehabilitation. “But even with substantial resources, there is no way to rescue someone who doesn’t realize they are burning,” he said.

She added that on more than one occasion she was a victim of abuse by her sister, but revealed a gruesome episode from which she was saved by an older adult: “When I was 12 years old, my sister drugged me with Valium, she offered me a full pinky nail. of cocaine, gave me third-degree burns and tried to sell me to a pimp ”.

Read The Story Of Her Stormy Marriage With Tommy Mottola Below 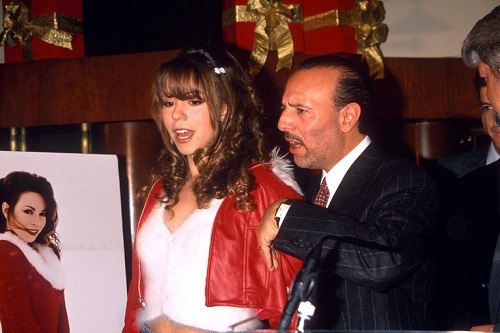 The singer highlighted in this book that her career, to a large extent, succeeds the impulse she received from her ex-husband Tommy Mottola, but she also accepted that while she was by his side she suffered from anxiety because the producer’s personality is “dense and oppressive.” and their activities were extremely controlled.

“In the beginning … I was walking on eggshells. Then it became a bed of nails and eventually a minefield. I never knew when or what would blow it up, and the anxiety was relentless, “he said.

The singer noted that her marriage ended after she had an affair with Derek Jeter, a champion player for the Yankees baseball team, and Mottola threatened her with a butter knife.

This break also affected his career, as his former partner said: “He used all his power and connections to punish me.”