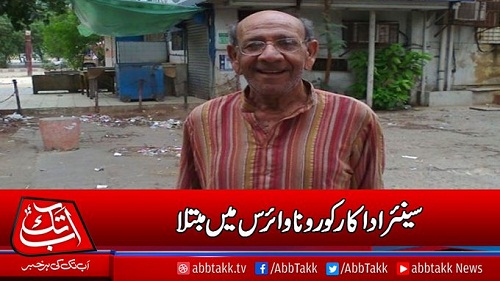 The news of his death was made public in a series Twitter post shared by Humaira Shoaib:

“Great actor, Great Loss. Crying face
Mirza Shahi was suffering from Covid in his last days as he return to his eternal abode.

Great actor, Great Loss. 😢
Mirza Shahi was suffering from Covid in his last days as he return to his eternal abode.

In 2018 The comdeian dispelled a rumour of his death, senior TV actor and comedian Mirza Shahi told his fans that he is, in fact, alive in a light-hearted video message on Friday.

“I am still here…in bed,” the senior actor said, joking about his fans “sending him to heaven” in a rush.

Few weeks later he posted a similar video saying he is alive and well. However, news of his death on social media prompted him to post yet another message for clarification.

Shahi started his film career in 1965. Some of his popular works include films Chakori and Chhotey Sahab, and an Eid special play Eid Train. Most recently, he has been seen in a popular comedy-drama serial Nadaniyan.
We wish him a speedy recovery!