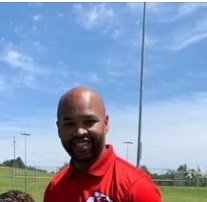 Former Pirate Football Great, Wentric Williams II has passed away. Coach Wentric Williams was reported to have died today September 27, 2020, after a short illness. Reports from source stated that they were playing well but shortly after the half the head coach suddenly became ill. The game was stopped and all attention was on the sideline where the head coach, Wentric Williams II, laid on his side seizing. Calls went out to 911 and then his heart stopped.

The news of his death was shared online by Hannibal Pirates Football in an official statement released on their Facebook Page.

It is with a heavy heart, that we inform Pirate nation of the sudden loss of a Former Pirate Football Great, Wentric Williams II. Mr Williams will forever be a Pirate and hold a place in our history as a program and community. Our thoughts and prayers go out to the Williams family during this time of loss.

I went to the Field of Dreams in Basehor, Ks today to watch my 10 yr old Grandson Grayson play football. He plays for the KC Chiefs youth football team. I got dressed in my best Chiefs shirt, earrings, necklace and my favorite hat. It was a beautiful day for football.

They were playing well but shortly after the half the head coach suddenly became ill. The game was stopped and all attention was on the sideline where the head coach, Wentric Williams II, laid on his side seizing. Calls went out to 911 and then his heart stopped. After yelling if anyone was a Dr one came to help and started chest compressions while another coach was getting instructions from 911.

Time seemed to go by so slowly as I looked around at all the people there not knowing what to do. His wife and 6 children were there and so many of the parents were doing their best to keep the kids at a distance and try to calm them. The ambulance was on its way but it seemed to take so long. Men ran out to the parking lot to get a clear path to the area we were in which was in the back of this huge park.

The paramedics finally arrived and began to assess while chest compressions continued. The coaches and players from both teams gathered on the field in a circle and said a prayer. They put an automatic chest compressor on him, put him on a backboard, the stretcher and loaded him into the ambulance.

A police car drove his wife to the hospital and the children were taken away by some other parents. We were all in disbelief at what we had just witnessed along with a lot of children who saw something so awful. This was a 37 yr old man who was in very good health and worked out.

I saw him on the sideline coaching the team and a couple of minutes later he was on the ground with people desperately working to save his life. I left the field with such a sense of sadness and a little shocked at what I had just witnessed and the mother in me worried about all the children who were there.

A few hours later we got a msg that he didn’t make it. My gut feeling was just that and I kept trying to push that feeling aside and pray that he would be ok. Even though I did not know this man personally my heart is absolutely broken.

I went into social media this evening to find out more about this man and I now understand what a great loss his family, friends and football family have suffered. He was a man of strong faith instilled in him by his parents and he was raising his family with this same faith in God.

As you all know, I am not the most religious person but this threw an unexpected pass, pun intended. I would like to ask those of you who will be going to your places of worship later this morning to say a prayer for this man and please keep his family in your prayers.

Please do not send your condolences to me. Please just pray for his family, friends and his football family. Pray for the children who were there. It was confusing for the younger ones and so scary for the older ones who somewhat understood what was happening.

I am thankful that my Grandson was coached by this man. He was an exceptional person and may his memory inspire all of these boys to be better men. This man truly left his heart on the field doing what he loved.