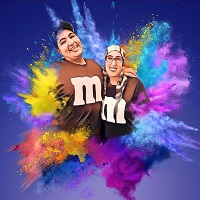 The news of her death was shared on the NCSA social media page. According to the information they posted on the page, Feda Almaliti died in the early hours of today in a tragic accidental house fire in Fremont, California alongside her son, Muhammed. Feda Almaliti son Muhammed, 15 years of age has severe autism.

Dear NCSA friends,
I am too shaken to write very much now but I must convey the unbearable news that our Vice President and great friend Feda Almaliti passed away this morning in a tragic accidental house fire in Fremont, California and that her beloved son Muhammed perished with her. We are in shock and disbelief, utterly devastated. As we process this loss we will post more.
In grief, Jill Escher President NCSA.

Feda Almaliti is well known for her work spearheading autism insurance reform in California. She served as Director of Outreach for the Mental Health & Autism Insurance Project and now serves on several boards where she continues to press for improvements in how needed services reach those affected by autism. She has a teenage son with a severe form of autism and lives with her family in the San Francisco Bay Area. Feda was a co-founder and producer at the Scoop Cast.

In an emotional interview with NPR, she describes the toll the current crisis is taking on her family and others like hers.

Jane McCready wrote – Feda was so full of positivity and love, for life and for her beloved boy Mu. She did so much to make the world better for our beloved severely autistic children, this seems so unfair.

Sharon Hinds Boyd posted – The autism community has lost one of the strongest and definitely one of the funniest Mama Warriors that I know. Feda Almaliti and her beloved son, Mohammad (Mu) died this morning in a tragic house fire. My heart is broken! Even though we are so far away from each other, we have never lost contact since the day we finalized Mr Brown Can Moo push to finally pass and have Autism Insurance reform for the state of California! Fly high, your beautiful family! You were so loved in your too short time here. You both to finally have the peace that you deserve! We got this, Feda!

Lisa Whitson Riley wrote – UNBELIEF, HEARTBROKEN. Woke this morning to learn that my dear friend, fellow autism warrior Mom Feda Almaliti and her son Mohammed passed away this morning in a tragic house fire. She was a force. I am heartbroken, just heartbroken.