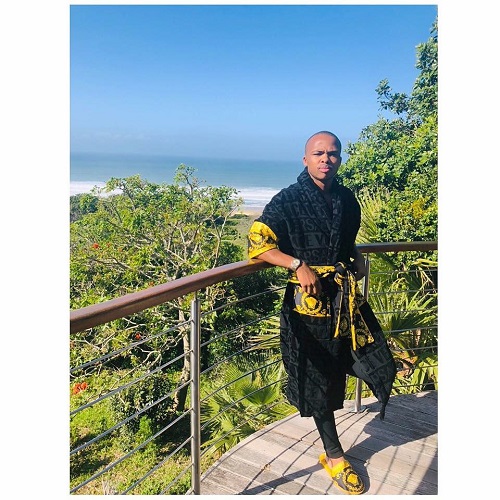 It is sad to announce the death of an Instagram sensational influencer, Mluleki Mbewana.

Mluleki Mbewana is popularly known as The Drip King according to many of his fans Mluleki has been a great game-changer, lover of many folks and today his sudden death has caused a great loss and deep mourning on the social media.

Reports gathered revealed that Mluleki mloohm popularly known as Drip King was shot this morning at rich Durban over a stupid argument.

Nothing has been said about what led to the shooting or any person involved in the shooting, as expected police are still carrying their investigation.

It has been reported that the late Mluleki Wiseman Mbewana was brutally murdered and there were several eyewitnesses present at the scene when the incident occurred.

Everyone knows who the murderer is as it’s no secret. The shocking part is that there hasn’t been any arrest made nor any progress on the case.

There has been a particular guy who is said to have been the prime suspect behind Mluleki Mbewana’s tragic murder on that fateful day that he was shot in Rich DBN.

Obviously, Mluleki was killed out of jealousy.

The guy’s name is Manqoba I wish justice for Mlu😭💔 pic.twitter.com/rSZwYzbNC7

Today, all Slay Queens on Instagram are not on the heritage day mood and they’re saying RIP to a certain young gentleman. Who is he? 🤔🤔 pic.twitter.com/vdTqSecKMY

Mluleki mbewana.The drip king. 😭😭😭 may his soul Rest In Peace.

Not much is known about Mluleki Mbewana may be due to the fact that he maintained a private life outside the walls of social media, His social media accounts where all private and till date he has remained known to just a few people.