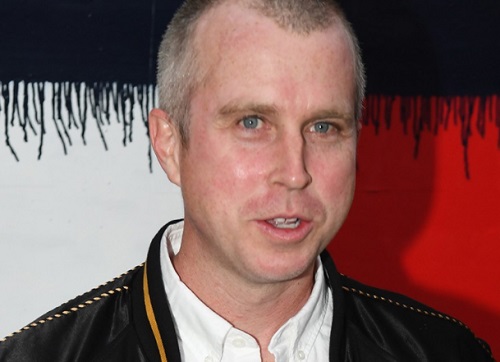 Update: So sad to report that Keith Hufnagel has passed on. Keith Hufnagel who would be described as a legendary skater died today after a long battle with brain tumour. He died at the age of 46.

Born on January 21, 1974, in New York City, Keith was one of the notable skateboarders in San Francisco. He is also the founder and designer of the skate/clothing brand “HUF”.

He has held sponsorships from Real Skateboards, Thunder, Spitfire, and HUF. In April 2019, HUF decided to stop making sneakers and instead focus on apparel.

Our earlier post – There is breaking news circulating around the social media that Keith Hufnagel has died, but following the latest post shared by Bill Smith on Facebook reveals that the Keith is still very much alive but in a terrible condition.  Apparently Keith has been dealing with a brain tumour for a good while now.

Bill Wrote – “possible breaking news word on the street Keith Hufnagel is possibly on his deathbed more info as it comes in! but still currently alive”

From the look of this Keith is seriously sick, he has apparently been dealing with a brain tumor for a long time now and all he needs at the moment is our prayers to recover.

Amber wrote – fuck. Keith Hufnagel was one of the first people in the game to fuck w my work. I’m devastated. Rest in power. Sending love and peace to his family & friends. HUF 4 ever. him and park up there together now.

KPIN FOREVA Wrote – Mannn rest in paradise Keith Hufnagel. You were one of my heroes growing up Sleepy face. One of the coolest pro skaters ever. You told me never to stop skating the planet, and I ain’t stopping. Thank you, Keith.

Jamie Carey wrote – RIP to one of the most influential skaters that’ll ever live. A true legend for so many reasons. Rest in Power Keith Hufnagel.

I was living in LA from 1998 to 2001. Keenan Milton (fellow pro skater and close friend of Hufnagel since their DVS Shoes days) passed away and I was pretty bummed out. My wife and I at the time said, “Let’s get the fuck outta LA. Let’s just change it up.” We decided to move to San Francisco. I’d been traveling for a decade, seeing what was happening in Tokyo, New York, LA, London. I was hitting all these major cities and seeing this streetwear and sneaker culture happening. It was all over the place.

Around 2001, I was thinking about what’s going to happen after skate. What am I going to do? I know I can skate for a long time, but you don’t know how long you’ll be a professional for. I mean, some people do it for a long time, but I think I went in and out of being bored at times and when you go out and you try to film and get photos all day then sit in the car for six hours, it just becomes exhausting.

At that time I was talking with Anne [Freeman, my ex-wife] and she really wanted to do a women’s boutique brand. She did research on it and found that San Francisco was oversaturated by women’s apparel. So I was like, “Well, I’d like to do a streetwear concept store of what I see around the world.” And that was kind of how [HUF] got started. We didn’t have a business plan or anything. We just made it happen and had enough connections in the sneaker and streetwear worlds to carry the right products.

We were carrying brands from England and Australia like Perks and Mini, Stüssy and Supreme. Then we carried Nike, Vans and adidas. Back then, I always felt like San Francisco was missing this niche version of streetwear, so that’s what we wanted to bring out there. We filled a void in a city that really wanted it.

In April 18, 2019, Keith Hufnagel Announced that HUF Will No Longer Be Making Shoes

Just at the middle of last year, Keith Hufnagel confirmed a rumor that’s been boiling since late 2018—HUF will stop designing footwear.

The label founder announced the conclusion of its shoe line by the end of 2019 in a new interview with Jenkem Magazine, calling it a “hard decision to make.” With a desire to develop the brand via apparel, the company saw footwear as a distraction rather than a tool for their growth. “There’s so much that goes into making footwear, including cost. We’ve been doing it for 8 years and I feel like it stayed in the same place. It became a clutch where I couldn’t work with a Vans, Nike, or Adidas because we could no longer be a partner,” he explained. “We may make a piece here and there, but we’re not going to make a designed skate shoe.”

Speaking more on the business side of things, Hufnagel spoke about how this decision affects their skaters, saying goodbye to team members and TSI Holdings and Lakai’s merge with HUF. He also casually adds anecdotes about his pre-9/11 upbringing in New York City before ending the insightful interview with the boom of HUF’s famous socks.

In other news, Reebok is bringing back the “Alien Fighter Bishop” for Alien’s 40th anniversary.