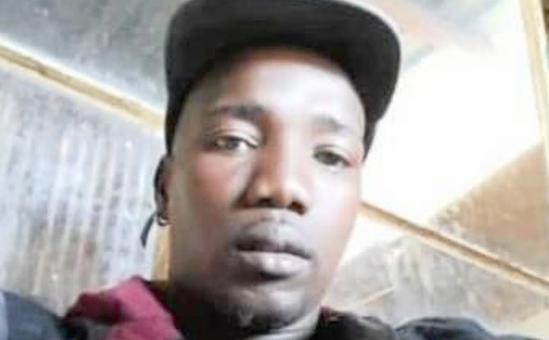 Member of the fishing community demands for justice after Celimpilo Mdluli a 30-year-old man was shot dead by the wildlife rangers in the iSimangaliso Wetland Park last week. He as a small-scale fisherman from Nibella.

Reports have it that Celimpilo Mdluli, 30, from the Nibela fishing co-operative, and two other fishermen from the co-operative went fishing at St Lucia lake on September 16 when the incident took place.

According to the statement, the fishermen had set up their net and were in the vicinity of the iSimangaliso Park, when a light was shone on them and Mdluli was shot.

“He fell to the ground, but was still alive and cried out for help.”

The two other men, one of whom was injured in the shooting, escaped and returned to their village the next day to inform Mdluli’s family of what happened.

However, Ezemvelo said yesterday that the rangers had opened fire after the men had allegedly fired at them.

Mdluli’s brother, Bongani, said he made a living as a fisherman and often camped overnight on the eastern shores of the lake where he cast his nets.

Bongani said the claim that his brother and the other men shot at the rangers had left his family hurt and heartbroken.

Bongani, whose father is a local induna, said he had never seen his brother with a gun and did not believe he had a gun that day.

The organisations’ statement said Mdluli was one of 106 fishermen from Nibela who were given rights to fish, under South Africa’s Small-Scale Fisheries policy of 2012, as a recognised registered co-operative.

“This murder of a young man, fishing to put food on the table for his family, is the latest in a deeply troubled history of violent harassment of small-scale fishermen by conservation officials working for Ezemvelo KZN Wildlife and the iSimangaliso Heritage Authority,” said the statement.

Mdluli’s death was a result of the lack of clear and co-ordinated communication between the Department of Environment, Forestry and Fisheries, iSimangaliso, Ezemvelo Wildlife and the small-scale fishermen, said the statement.

Thomas Nkuna, the chairperson of the fishermen’s organisation Coastal Links, said in Nibela everyone made a living through fishing because there was no other form of income for the community.

“Whether people who were shooting at our rangers had fishing permits or not is irrelevant in this case, as we would have returned fire even if they were police,” he said.

Describing how the incident unfolded, Mntambo said the rangers were inside the Ezemvelo extended base camp when they heard three gunshots coming from the bush.

He said when the rangers went to investigate, three men shone a torch in their direction and started shooting.

“When our rangers realised they were under fire, they returned fire towards the torchlight.

“When gunfire stopped, one man was down and two managed to escape,” said Mntambo.

The police were called and Ezemvelo used its chopper to take the police to the scene, which was inaccessible on foot at night, he said.

“The deceased was shot in the chest, as well as leg and arm. We now know that one of the two men that escaped was shot in his thigh,” said Mntambo.

Mntambo said fishing was not a crime and people fishing within the applicable rules and regulations, as stipulated in the Marine Living Resources Act 18 of 1998, were never arrested.

“The suspect, believed to be in his forties, was declared dead at the scene. He was in possession of a bush knife and two shotgun rounds,” she said.