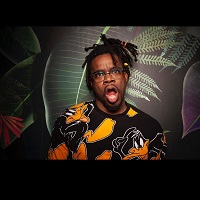 Movie Producer and director, known for Sweet Child of Mine, Class and All You Need Is Love, Tarik Jackson has passed away. He was reported to have died today September 19 2020. No news yet about the cause of Tarik’s death.

Few Things You Need To Know About Tarik Jackson

Born in crack era Brooklyn to two educators, Tarik Jackson is a talented movie producer and director. He is the second oldest of six.

Tarik Jackson fell in love with acting from watching the Fresh Prince of Bel-Air and Martin 24/7 when he was a kid.

He did a play at a church in Queens and got discovered by an agent and went on a few big auditions.

Terik quit acting at 13 because he kept getting into trouble. When he was 19 he found his way to Morehouse College to run track, and while there he got into a terrible car accident that changed his life.

After Terik crashed his car he realized that he needs to pursue his first love which was acting. He wrote and directed a movie for him to star in and he just fell in love with being behind the camera.

He studied film production at the University of Southern California.

Following the death of Tarik Jackson friends and fans have taken the social media to pen down their heartfelt condolences.

Erica Trumpet who shared the old good memories she had with Teric said she can’t find words to express this tragic loss.

You always said we were each other’s spirit animal. Icon. Legend. Tarik Jackson. One of a kind. Creme de la creme. Family. This one hurts bad, I feel my breath taken away when I think about you are gone.

I can’t find the words to express this void in the world now. You were the driving force into why I stayed in Los Angeles so long. We were supposed to walk the red carpet together remember?!? You had mine and Nyla’s back out there in the “LA Streets.” We go back to when we were in The Wizard of Oz in elementary school. You said “shhh don’t let no one know that” but little did you know your performance was what sparked my light.

It drove me to keep pushing as an actress. We were track stars “love and pole vault!” You believed in me intensely, and I believed in you king, always…even when you didn’t believe I did. You are light. You are a force. Your smile, laughter, our insiders, your voice memos to me, our late-night calls to vent, to grow, to learn, to work. You told me I will make it, keep going, that I deserved it all.

Please say this is a bad dream! I will miss you my spirit animal. I’ll always have a love for you and all of your family, you are FAMILY ALWAYS!! Praying hard, Rest Peacefully King. There’s no way anyone can forget your wonderful soul.