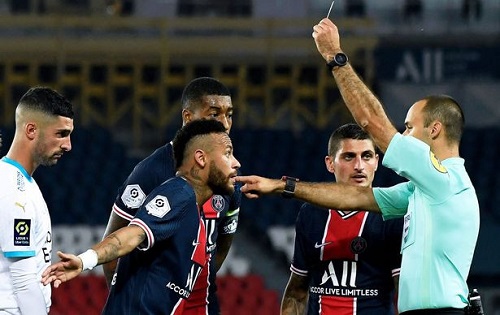 The Disciplinary Committee of the LFP in France has revealed that players involved in the collective squabbling that dominated the Paris Saint-Germain confrontation with Marseille have been sanctioned last weekend.

Neymar was one of five players sent off after a quarrel broke out between the Argentine duo Dario Benedetto and Leandro Paredes, and then extended to include other players at the end of Paris Saint-Germain’s surprise 1-0 defeat by Marseille last Sunday.

On Wednesday, September 16th, the French soccer governing team announced that Paris Saint-Germain full-back, Levine Kurzawa, had been suspended for six matches for his role after kicking Jordan Amavi.