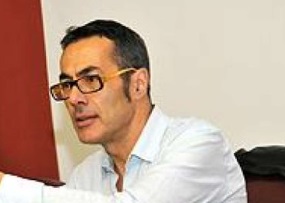 The news of his death was announced on social media by his relatives and colleagues.

Stephane Gerson wrote – I am shocked and saddened to hear of the death of Dominique Kalifa, an inspiring historian, a dear friend, a transatlantic go-between, and a beloved teacher at NYU. We were looking forward to welcoming him back in New York later this year, and will miss him dearly.

Patrick De Oliveira wrote – I am a loss for words. Dominique was an incredible & sensible historian.

And he was a generous spirit who encouraged me to participate in his seminars w/ my maladroit French & welcomed me into his home, where he hosted lovely parties for his students.

Jessie Hewitt wrote – I’ve spent the morning reading messages like this about the brilliant and kind Dominique Kalifa. I met him as a grad student and he always made a point to say hello when our paths crossed. Such a model of collegiality and, of course, a path breaking historian. So very sad.

Steve Wharton wrote – Saddened to learn of the death of Dominique Kalifa, whom I knew when he gave a keynote at the ASMCF 2012 conference I organised at PoLIS_Bath. A man of erudition and sincerity, and good humour. Sincères condoléances à ses proches.

Holden Caulfield wrote – Terrible, terrible news to wake up with. French historian Dominique Kalifa is no more. Had the opportunity to listen to his talk here at Penn back in April 2019 when the English translation of his book “Vice, Crime and Poverty” had been published. Rest in Peace.

Briony Neilson wrote – Incredibly sad to learn that the eminent and generous French historian Dominique Kalifa has passed away. I had the very good fortune of having Dominique as one of my PhD examiners and he was always welcoming when I was in Paris. Tragic.

Andrew Israel Ross wrote – I only had one personal interaction with Dominique Kalifa but it was when I was still a grad student and it was kind and generous which seemed to be his way. RIP.

Things You Need To Know About Dominique Kalifa

French historian, professor at the University of Paris 1 Pantheon-Sorbonne, where he was director of the Center of 19th Century History and member of the Institut Universitaire from France.

A student of Michelle Perrot, he specializes in the history of crime, transgression, social control, and mass culture in 19th and early 20th century France and Europe.

He also taught at the Institut d’Etudes Politiques de Paris ( Sciences Po) from 2008 to 2015 and was several times “Invited Professor” at NYU and “Visiting Scholar” at the University of Saint Andrews.

From 1990, he was also a columnist (historical reviews) for the French newspaper Liberation. His study about the underworld and its role in the Western imagination is now translated into Portuguese (EDUSP), Spanish (Mora) and forthcoming in English (Columbia University Press). His Véritable Histoire de la Belle Epoque, published in 2017, won the Eugène Colas Prize from the Académie française.

He also worked on a project about love, Paris and the topographical imagination.