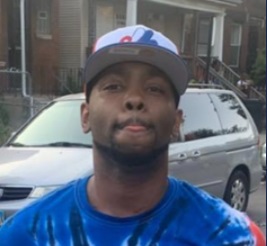 According to St. Joseph County Metro Homicide Assistant Commander Dave Wells, the deceased victim is a 23-year-old man, identified as Delaney Crosby, who was shot at least once. Investigators said the shooting appears to be an isolated incident between two men began arguing with each other. The suspect reportedly pulled out a handgun and shot the victim.

The mall was closed and remains closed for the rest of Saturday.

St. Joseph County Metro Homicide has taken over the investigation and is interviewing several witnesses who may have seen the shooting.

According to St. Joseph County Prosecutor’s Office, the victim from the homicide at UP Mall today has been identified as CROSBY, DELANEY J. M/B 23 years of age. His Facebook profile says he is currently working at Bank Of America.

It should also be noted that shortly after the shooting, a social media post was made by a person identified as “ Rafael Delaghetto” claiming to have been the person who shot the victim at the mall. This person has been identified and interviewed at CMHU. He is NOT the shooter/suspect wanted in this homicide case.

No suspects are in custody at this time and its no longer an active shooter situation.