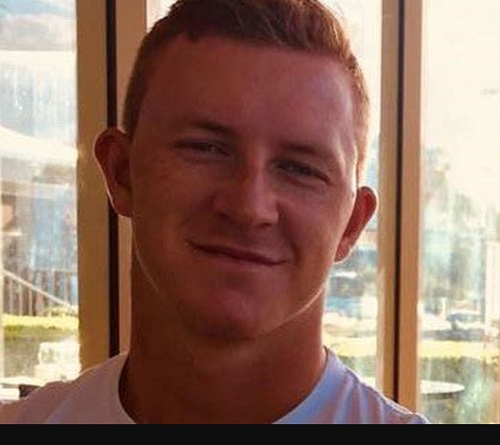 Newcastle rugby league is on a mourning state after one of their best player Joel Dark died following an on-field injury accident he encountered.

Dark, who is 19 years-old collapsed on the field after suffering a head knock in a heavy tackle while playing for Central Newcastle last Sunday.

He was taken to John Hunter Hospital for emergency brain surgery and had been in a critical condition for the past week.

The game last Sunday was his debut for Central Newcastle’s first-grade team.

Cordner was allowed to leave the Roosters’ biosecurity bubble earlier this week to visit his cousin in hospital in Newcastle.

Following a statement released by Dark’s family said they were thankful for the support they had received from the local community over the past few days.

A social media fundraiser has raised more than $100,000 to assist his family.

NSW Rugby League said in a statement, it was “saddened to hear of the tragic passing”.

“The Newcastle Rugby League has postponed all fixtures for this weekend out of respect for Joel and his family,” the statement said.

“The NSWRL and the Rugby League community extend their most sincere condolences to Joel’s family.”

The Newcastle Knights said it is was deeply saddened by Dark’s death.

The NRL club’s General Manager of Football, Danny Buderus, said: “We are a club with a heavy heart at the news of Joel’s passing.”

“The Dark family have many friends throughout our team and town, and we are standing alongside them today mourning this unimaginable loss.

“I know the family will get all the support they need from the tight knit community of Old Bar in the days and weeks ahead, along with the entire game as we unite in this tragic loss.”

Rising star Joel Dark has passed away five days after an on-field footy accident. Our thoughts and prayers are with his family 🙏 https://t.co/5iImr8A7r0 pic.twitter.com/cM3yA3GOhF

Joel Dark was making his debut in first grade in @Newcastle_RL and was presented his jersey by his Dad on Father’s Day. He suffered a head knock not long after and has now passed away aged 19.

Don’t take life for granted. Rugby League is only a sport. Players are human. 💔

NSWRL statement: Central Newcastle player Joel Dark remains in a critical condition two days after he collapsed on field. The family of the 21-year-old, who is cousin of NSW Blues captain Boyd Cordner, has requested their privacy be respected during this very difficult time.

We are extremely saddened to hear that Joel Dark tragically passed away overnight. We send our thoughts and condolences to Joel’s family and friends during this extremely difficult time.https://t.co/AstTwMTm2O

The Roosters will wear black armbands tonight following the tragic passing of Joel Dark, who was the cousin of Roosters Captain Boyd Cordner. They will also observe a minute’s silence prior to kick off. pic.twitter.com/EWM1kCgkI2