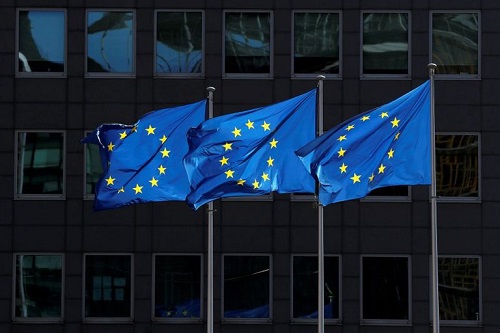 The European Union (EU) warned the United Kingdom on Thursday that will initiate legal action if it does not withdraw the law that unilaterally modifies the Brexit agreement. London, however, clarified that it will maintain its position, which keeps tensions high between both parties as the deadline for reaching an agreement on their business future after the divorce approaches.

Following a crisis meeting in London, Maros Sefcovic , Vice President of the Community Executive responsible for monitoring compliance with the Brexit agreement, explained: “The withdrawal agreement contains a series of legal mechanisms and remedies to deal with violations of legal obligations. contained in the text. The European Union will not be shy about using it ”.

He also made it clear that the European Commission will not tremble when taking legal measures.

Faced with this situation, the European Commission gave London until the end of September to withdraw its bill. In addition, it indicated that the initiative “has seriously damaged the confidence between the EU and the United Kingdom”. Now “it is up to the UK government to restore that trust,” she clarified.

Brussels gave London until the end of September to stop the internal market legislation project. She said the measure undermines the Good Friday Agreement in Ireland and “severely damaged trust” between both parties.

An internal EU Commission document, accessed by the Financial Times , warns that, even simply by submitting the bill, Britain was “in violation of the obligation of good faith” enshrined in its Brexit treaty. This text reviews Brussels’ alternatives for action under the treaty: among them is the possibility of taking the country before the European Court of Justice or initiating an arbitration process. Both could end in the imposition of fines.

The chief negotiator of the European Union, Michel Barnier , warned that the trade negotiations with the United Kingdom remain stalled, but reaffirmed that the bloc is committed to reaching an agreement, despite the growing tension between both parties.

“No one should underestimate the practical, economic and social consequences of a no-deal break,” Barnier remarked at the end of the eighth round of negotiations in London, which did not achieve any results.

The UK government, for its part, said it will not withdraw the project. The Cabinet Minister and ‘number two’ of the British Government, Michael Gove , indicated in an interview with the British television channel Sky News that the Executive “cannot and will not accept” the request from Brussels regarding the Draft Law on Internal market.

“This legislation is key to ensuring that there is unrestricted access to goods from Northern Ireland to the rest of the UK,” he said, before stressing that the British authorities “are committed to the implementation of the Withdrawal Agreement.”

Gove’s words came hours after the European Commission demanded that British Prime Minister Boris Johnson amend the bill. Among the criticisms, it has received is the possibility that it undermines the protocol to protect the Good Friday Accords between the UK and Ireland to end decades of violence in the north.

The British government’s project modifies the application of tariffs and customs controls in Northern Ireland provided for in the divorce agreement with the EU. This international treaty, in force since January 31, provides a device by which that British province will maintain the rules of the European common market to avoid reimposing a border with the neighbouring Republic of Ireland.

His goal is not to jeopardize the fragile peace that reigns on the island since the 1998 Good Friday Agreement that ended three decades of bloody conflict between Catholic Republicans and Republican Unionists.

European authorities, led by Dublin, denounce Johnson’s plans as a threat to that stability. “The Withdrawal Treaty between the United Kingdom and the European Union is a carefully negotiated text that ensures that the achievements of the Good Friday Agreement are protected,” said former Irish President and former UN head of refugees Mary Robinson on Thursday. .

“No signatory should take measures that could endanger the peace that has been so hard to achieve on the island of Ireland,” he added, recalling that the United Kingdom has a “particular responsibility” as a permanent member of the United Nations Security Council.

Johnson assures, however, that his intention is precise to protect the peace by defending the interests of the unionist Northern Irishmen. All Northern Ireland MPs, including his former Democratic Unionist Party (DUP) partners, voted in January against the deal, which the prime minister imposed thanks to his overwhelming parliamentary majority.

Brussels has remarked that neither party can “unilaterally change, clarify, amend, interpret, belittle or arbitrarily apply” the divorce pact , which entered into force on February 1.

Both sides hope to reach an agreement before October 15 to avoid an abrupt break in ties at the end of the year.

With information from Europa Press and AFP