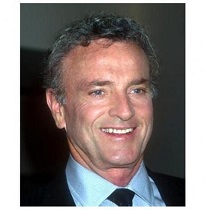 Kevin Dobson Dead – Death: American film and television actor Kevin Dobson has passed away. Kevin Donson was reported to have died on September 6 2020. His cause of death or what killed him has not been made public by the family. He died at the age of 77.

His death was announced by the United Veterans Council Of San Joaquin County in an official social media post.

According to the group, Kevin Dobson passed on Sunday evening due to medical complications.

The United Veterans Council regrets to inform you that our former Chairman and Army Veteran Kevin Dobson passed away this evening Sunday, September 6th, 2020 due to medical complications. Our condolences to his family and May he Rest In Peace, the statement reads.

Tom Massmann wrote – I am shocked to learn that my friend, Kevin Dobson, has passed away, I worked with Kevin years ago on a film about Alzheimer’s. Kevin played my dad affected by the ravaging disease. We had a great time on set and have been friends ever since.

Kevin was an AMAZING actor. A pro! His long career spanned over 50 years, but he was best known for his work on “Kojak” playing Detective Bobby Crocker for 5 seasons and as “Mack” on “Knots Landing”… I just spoke with him about a month ago. I just can’t believe it.
To his wife Susan, and his entire family, I send my deepest, most sincere condolences. RIP my friend.

His good friend Charles Kruger in a lengthy post wrote – I learned today that a much-beloved friend, Kevin Dobson, has passed away.

To Susan Dobson and all of Kevin’s family, I am so sorry for your loss.
Kevin was enormously kind to me. Although we were as different as two people could possibly be, he consistently showed me great empathy, understanding, and support.

When I was nearly 40 years old, he spent much of an afternoon teaching me how to catch a softball. Then we played a game. We were on opposing teams. His team was at-bat and I was in right field, as usual. The batter grinned as he prepared to send the ball flying at me — and absolutely safe bet for at least a base hit. I will never forget the look on the batter’s face when I caught it and he was out. But more memorable is how Kevin ran into the field by the pitcher’s mound and performed a victory dance for me. His delight, and his empathic appreciation of what it meant to me, is something I will never forget. It was a gesture of real love, and absolutely typical of how he treated everybody, in my experience.

I could offer half a dozen similar stories about Kevin and me. And I have no doubt that all of his friends could do the same.

As an actor, he was remarkably modest and truly accomplished. He worked, at various times, with some of the finest actors in America — people like Faye Dunaway, Barbra Streisand, Julie Harris, Telly Savalas, and many more – but never boasted of any of it. At one time, people called him the “king” of TV movies, he was featured in so many, and could always be counted upon for a performance that would be simple, direct, and emotionally true. His respect for his profession, which was instilled in him by the great teacher Sandy Meisner, was unwavering. It was respected he extended to his many fans whether meeting them face to face or speaking of them.

His Brooklyn-accented tone-deaf turn at the Pasadena Playhouse one year as Captain Von Trapp in The Sound of Music was, perhaps, a bit eccentric. But I will always treasure it as a joyful night in the theatre, and, in spite of the unexpected casting, Kevin’s sheer pleasure in the performance (and his typical emotional authenticity), and, especially, his complete commitment to the job is a memory I will keep forever. He always gave his best, without apology. May his memory be for a blessing.

Few Things You Need To Know About Kevin Dobson

He was best known for his roles as Detective Bobby Crocker, the trusted protege of Lt. Theo Kojak (played by Telly Savalas) in the CBS crime drama Kojak (1973–1978), and as M. Patrick “Mack” MacKenzie in the soap opera Knots Landing (1982–1993).

On April 1, 2008, Dobson premiered on the daytime soap opera Days of Our Lives in the role of Mickey Horton.

He fell in love with his wife Susan and got married to her in 1968. They have three children. His oldest son lives in Stockton, California where he operates a business.