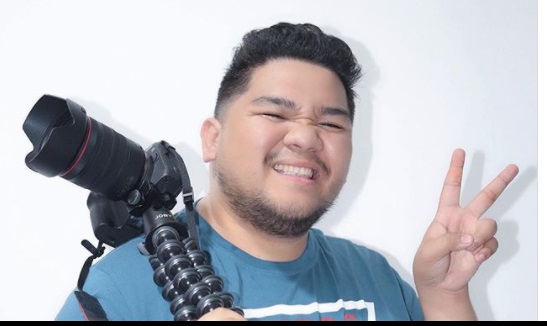 Is no longer a rumour, The Popular Philippian Youtuber Lloyd cafe Cadena has been confirmed dead.
The sad news of his death was announced on Twitter barely a few hours ago, where it was revealed that he died from Cardiac arrest due to COVID-19 complications. 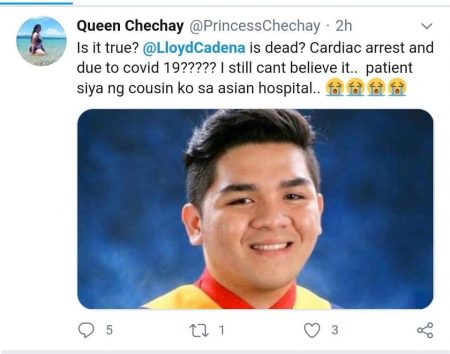 According to Queen Chechay, an online social media user wrote:

Finally, it has been confirmed that the popular Vlogger Lloyd Cadena has died from the complications got from COVID-19.

According to an official statement dropped a few minutes ago on his official Facebook page revealed he died today.

It is with a heavy heart and great sadness that we announce the untimely demise of our beloved brother Lloyd Cafe Cadena. May he be remembered for all the joy and laughter he shared with everyone. My family and I ask for your prayers, respect, and privacy during this time.

Brief Bio & Things You Need To Know About Lloyd

Who is Lloyd Cadena

He is a Filipino vlogger, meme creator, author, and radio disc jockey at iFM 93.9 Manila who is well known for his LloydCafeCadena2 YouTube channel.

His LloydCafeCadena2 channel has earned over 5 million subscribers as well as 440 million combined views and counting.

He started his channel in 2011 and since then, he’s not going anywhere but going up.

This has given him the opportunity to eventually save some money and be able to pay for a house and a share for himself and his family. In one of his recent vlogs, he said that apart from his intention to eventually have a place for the people he loves, he did this because they really have no choice as the place where they currently live is about to be demolished.

Lloyd said he had been looking for a house for some time but had not voted for it. And now, the options have gone to two books, both of which are found at the end of the road.

YouTuber has yet to say which house he chose but said he liked the second one better.

In 2018, it was revealed that he released a book with ABS-CBN publishing, “Ex-Rated: ex – (noun) lubak, wrong turn, mistake, hayop,” a compliation of funny take “on the right way to be unloved.”