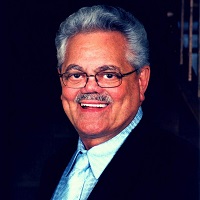 A popular car dealer, The CEO of Bob Rohrman Auto Group has passed away. Bob Rohrman was reported to have last night from an undisclosed illness. The family of Bob Rohrman confirmed he passed away last night. The actual cause of his death or what killed him is not yet known as at the time of filing this report.

Bob Rohrman Auto Group has been providing the Midwest with quality new and used vehicles for well over 40 years.

Paul Novak wrote – Oh no! Bob Rohrman passed away. I got to meet him several times while working at GE Capita Auto Lease. always a funny guy.

Cara Carriveau wrote – WGN TV is reporting that Bob Rohrman has passed away. As far as I’m concerned he was a local legend. I’m sure when you read the name in your head you heard “Bob Roooooooooooooohrman!” Frankly, I was just as excited when he’d stop by a station where I worked to record a spot as I was when celebrities swung by. He was a very kind man. #RIP

Few Things You Need To Know About Bob Rohrman

Bob Rohrman started from humble beginnings. Bob was born in a log cabin along South River Road, in Lafayette, Indiana. The story goes that his father made arrangements to bring his eight children and pregnant wife up from Madison, Indiana, to live in a farmhouse and farmland for a local farmer. When the Rohrman family arrived, the house wasn’t ready for them, and the farmer put them in a small log cabin that was next door. That is where Bob Rohrman was born.

When Bob was in High School, he got a job working second shift after school let out. He made enough cash to buy himself a vehicle to cruise around in. After graduating in 1953, Mr Rohrman joined the service and was stationed at Fort Lewis outside of Tacoma, Washington. When Bob came out of the army in 1955, he started selling cars.

It was the late 1960’s when Mr Rohrman ventured out to start his own used car lot. About a year later, Mr Rohrman spotted an ad in the back of an auto magazine for new Toyota cars. Japanese models were still thought to be a risk in the US markets, but Mr Rohrman saw the opportunity, called and negotiated a dealership. It was this risk that took off, and so did the start of the Bob Rohrman Auto Group. The spring of 2015 marked the 60th anniversary of Bob Rohrman’s entry into the world of automobile sales. The Bob Rohrman Auto Group now consists of 32 dealerships in Indiana, Illinois, and Wisconsin.