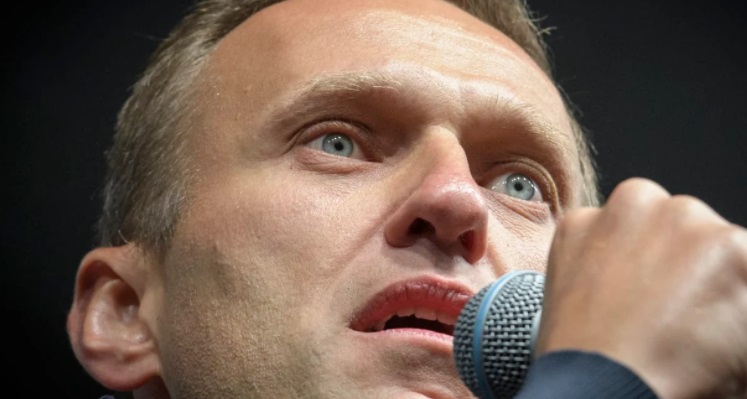 Putin Opponent Reportedly unconcious after drinking a poisinous Toxin was found in his tea.

Alexei Navalny is a Russian anti-corruption activist he was rushed to the hospital in an unconscious state on Wednesday night, according to his press secretary.

“This morning Navalny was returning to Moscow from Tomsk. On the flight he started feeling ill. The plane made an emergency landing in Omsk. Alexei has been poisoned with a toxin. Right now we’re in an ambulance on the way to the hospital,” tweeted press secretary Kira Yarmish, who later said her boss was in the ICU.

“We assume that Alexei was poisoned with something mixed into his tea. That was the only thing he drank this morning. The doctors say that the toxin was absorbed more quickly because of the hot liquid. Right now Alexei is unconscious,” she added.

There is no bottom with Putin. People can’t allow this to be the future. https://t.co/etbFyamd9H

“A year ago, when Alexei was in a detention center, he was poisoned. Obviously, now they’ve done the same thing to him again.”

Last July, during one of Navalny’s stints in prison, he fell ill—raising questions about whether he had been poisoned.

A jail staffer told the opposition leader’s wife, who had arrived for a visit, that an ambulance had rushed him to the hospital with “some kind of strong allergic reaction” that caused his eyes and face to turn red and swell up.

“We are extremely worried about Alexei, it could be some chemical agent sprayed in his cell or on his bed,” Yarmish told The Daily Beast at the time.

In October, the Kremlin designated the nonprofit group founded by Navalny, the Foundation for Fighting Corruption, as a foreign agent—a move seen as an effort to hinder its activities. That was just weeks after police special forces raided the group’s offices and seized computers and other items.

Navalny, who had been jailed dozens of times over the previous decade, filmed video of his lawyers coolly playing soccer in the office, cementing his nerves-of-steel reputation.

“We are fearless and unstoppable, no matter how harsh the pressure is from Putin’s thuggish government,” Navalny had told The Daily Beast earlier in the year.

The alleged poisoning comes just weeks after Navalny leveled corruption accusations against Svetlana Radionova, a Kremlin environmental inspector, citing documents that tied her to luxurious real estate in Moscow and Nice. “Such wealth cannot be explained. It is so outrageous,” Navalny said in a report on YouTube, which was viewed by more than 3 million people.

Poisoning has long been a technique favored by Putin. In 2008, Russian dissident Alexander Litvinenko was murdered in London by agents who laced his tea with the radioactive isotope polonium-210. Opposition campaigner Vladimir Kara-Murza survived two poisonings, and former Ukraine president Viktor Yushchenko suffered permanent facial scarring after exposure to a contaminant found in Agent Orange.