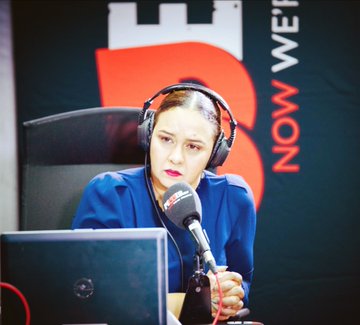 Iman Rappetti is the senior journalist, She was heard every weekday morning on PowerFM and seen anchoring the weekly ‘Madam Speaker’ on eNCA.

She is also writer of the book Becoming Iman, a book she described as the the memoir that tells the story of how the young Vanessa morphs into Iman, the radio and television broadcaster and journalist known across South Africa. 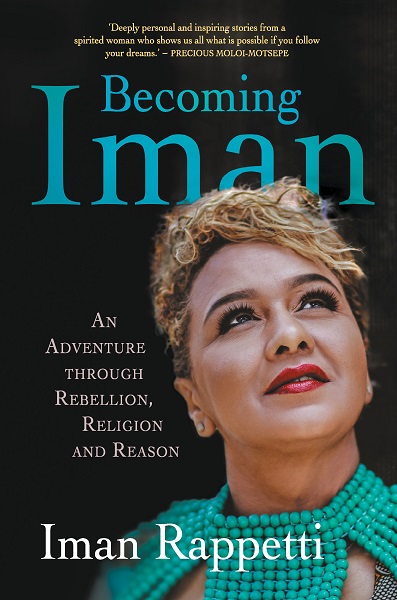 As a speaker, her personal story is a moving tale of how South Africa’s race and class politics have shaped our identities and sense of belonging. And it was this story which led to her critically-lauded autobiography, ‘Becoming Iman’

This award-winning journalist has more than fifteen years’ experience in online, print, radio and broadcast journalism and has covered stories all the way from the Middle East to Africa and the US, with politics as her main focus.

In 2011 she hosted US First Lady Michelle Obama on her first SA tour as part of the Young African Women’s Leadership Forum, serving as an anchor for dialogue between Obama and young African female leaders.

On the speaking front, her humorous and poignant descriptions of her mixed cultural heritage give us an insight into the struggles of mixed parents and how that affected a whole generation of children who were struggling to shape their own identities and futures. It’s presented in that honest, down to earth and often amusing style Iman is known for.

Rappetti has interviewed many of SA’s movers and shakers as well as celebrities like Oprah and Richard Branson. Her depth of knowledge and sense of humour combine to make Iman Rappetti a popular MC or speaker for so many diverse events.

Her second publication, ‘Sermons of Soul’, released in July 2020, is a compilation of daily letters to her audience as shared during her time on PowerFM.

On Wednesday 19 August 2020 Iman Rappetti was appointed to be the new host of Powerbreakfast, She is to replace the late anchor of the show, Bob Mabena.

Beloved!!!!! I’ll be joining @FaithMangope for #powerbreakfast from Monday! Did you know that Iman means Faith in Arabic? This was destined! Even though we are still in mourning over #BobMabena we pick up the torch and keep it burning. ❤️🔥@Power987 @MkhariGiven pic.twitter.com/hS3mdUwdj8