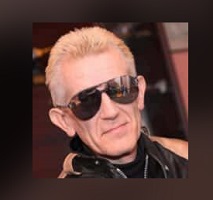 Donny Dancer Death – Dead: Donny Dancer who became an internet sensation in 2018 after he was filmed dancing around Doncaster town has sadly passed away. Donny Dancer whose real name is Gary Marshall was reported to have died today August 31, 2020, from an undisclosed illness. He died at the age of 55.

Donny’s Death was announced to the public by The Gentleman Fishmonger who described him as one who has made many of his fans smile.

Read Below as posted on their official Facebook page

We have had bad news, I am sure many will have heard. We hope desperately that it is not true but The Donny Dancer who made us all smile so much who I had a few boogies within my time, has passed away.

For all those touched by his energy I am sure you can join in a quiet moment for such a happy, vibrant man who’s a presence at the market has been missed over the past twelve months.

If anyone has videos of this legend I would appreciate them to make a small montage to a man who brought warmth to even the coldest days on the market  May he rests in peace.

Micheal Whitehead wrote – Hearing reports that Donny Dancer has passed away. Such sad news. Always brightened your day when you saw him boogie down the street without a care in the world.
(If you know, you know).

Lisa Kelsey wrote – RIP Donny Dancer Doncaster has lost a genuinely lovely chap, he meant no harm to anyone, he was happy dancing and singing to his music and was always happy for you to join him, which we did every time we saw him!

Kelly Middleton wrote – oh Noooo heartbreaking, brought smiles and laughter to so many people in Doncaster and further afield, Rip Gary ( hope french gate centre put his pic back up in tribute )

Few Things You Need To Know About Donny Dancer

Donny Dancer during an interview the Doncasterfreepress, said he loves dancing and playing music. He said what he likes best doing is going around the town centre putting laughter in the faces of people.

Gary, who hails from Thorne, says be begun hitting the streets with his portable music system following the death of his dad Craig in November 2016.

Speaking during the interview Donny said he started dancing in his living room.