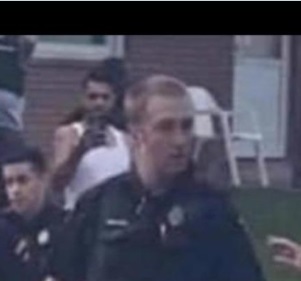 Rusten Sheskey has been identified as the suspected race soldier who attempted to murder Jacob Blake by shooting him 7 times in the back. The Officer Rusten Sheskey was a seven-year veteran of the Kenosha Police Department.

Kenosha Police department offcier were dsipatched to a residence in the 2800 block of 40th street after a female caller reported that her boyfriend was present and was not supposed to be on the premises.

According to Wisconsin Attorney General, “Mr. Blake walked around his vehicle, opened the driver’s side door and leaned forward. While holding onto Mr. Blake’s shirt, Officer Rusten Sheskey fired his service weapon seven times. Officer Sheskey fired the weapon into Mr. Blake’s back.”

Wisconsin DOJ says the officer who shot Jacob Blake is Officer Rusten Sheskey. He alone shot Blake 7 times. He is in administrative leave. DOJ also says the Blake told investigators that he had a knife in his possession.