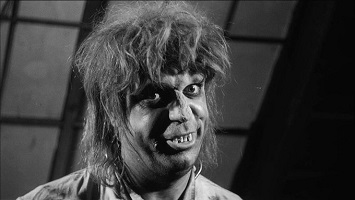 Sidney Noel Rideau  Death – Dead: Sidney Noel Rideau, who created and starred as the mad scientist Morgus the Magnificent for more than 60 years has passed away. Noel Rideau was reported to have died today August 27 2020. His cause of death or what led his demise was not made public but his daughter Natalie Rideau said the New Orleans icon, has died of natural causes. He was age 90.

Rideau was born on Christmas 1929, hence his stage name, Noel. He graduated from Alcee Fortier High School and attended Loyola University where he studied communications and lead a charity entertainment troupe that performed at local hospitals and nursing homes. During the Korean War, Rideau served for eight years in the U. S. Navy Reserve.

Few Things You Need To Know About Sidney Noel Rideau

A native of New Orleans, Sidney Noel Rideau (aka Sid Noel) attended broadcasting school and worked for radio station WWEZ-AM before joining WSMB-AM in 1956. While at WSMB, Rideau led a vocal group that recorded a novelty song called “Humpty Dump” with Atlantic Records.

While Rideau was working as a disc jockey at WWL (AM) radio in 1958, he auditioned for a job hosting the new WWL-TV show, House of Shock. Rideau was awarded the job, and agreed to do it “only if he could make the show funny”. He created and performed as the host character “Doctor Morgus”, however Rideau did not want to reveal his real-life identity.

According to Rideau, “being Morgus brought with it some challenges to say the least”. For approximately 50 years, Rideau tried to keep his identity private, and reportedly didn’t even tell his children he was Morgus.