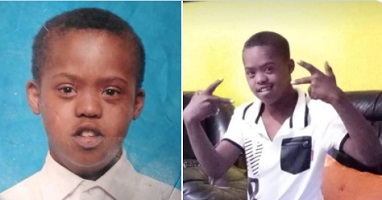 #JusticeForNathanieljulius – Nathaniel Julius had Down syndrome and was in the junior class at Don Mattera school.

Residents of Eldorado Park are demanding justice for the death of a 16-year-old teen boy who was allegedly shot by police.

According to Nathaniel Julius’s sister, the teen boy died in the hospital.

Read what she said below

Last night at 8:30 am Nathaniel was at the shops and afterwards, he went to Hillbrow with his friends. They were just lying around with others when the police arrived and asked him what was going on. He is disabled and could not easily speak up. The police officer knocked him down and he fell. They proceeded to bundle him into their van. Due to a deteriorating health condition, the police took him to the hospital and he died there. My family is broken because the police did not give him a chance to speak as he is disabled.

No fewer than three police officers were injured after police came under attack on Thursday from Eldorado Park residents rioting and demanding justice for the death of a 16-year-old identified as Nathaniel Julius.

Residents are accusing a policeman of shooting Nathaniel Julius on Wednesday. The Independent Police Investigative Directorate is investigating the teen’s death, police said, calling for calm while an investigation is conducted.

The local police station and vehicles were attacked on Thursday morning. The public order policing unit was called in to disperse the crowds blocking some roads in the area.

Gauteng police spokesperson Brig Mathapelo Peters said: “At this stage, the damage has been caused to the Eldorado Park police station while two SAPS officers and one Johannesburg metro police department officer have been injured.”

Four suspects have been arrested for public violence.

The case has been handed over to the Independent Police Investigative Directorate (Ipid). According to Smith, the family has not yet been approached by Ipid.

RIP Nathaniel Julius💔😔
I hope that justice will actually be served and our cries will not fall upon deaf ears🙏 As for @SAPoliceService you have always been a disgrace to this country #EldoradoPark pic.twitter.com/3yGIuJFskX

Where’s all those South African Celebrities and Politicians who was Championing #BlackLivesMatter#Eldosprotest #EldoradoPark or do yous have reputations to protect? pic.twitter.com/UW56dSOBZD

The death of a 16 y/o #NathanielJulius who was shot to death by police in #EldoradoPark is the most painful story I have heard in ages. The deceased was disabled and couldn’t speak. Why did they drag him in a police van. A visibly disabled teenager. 😭💔😭 @Disability_SA @DPSA1