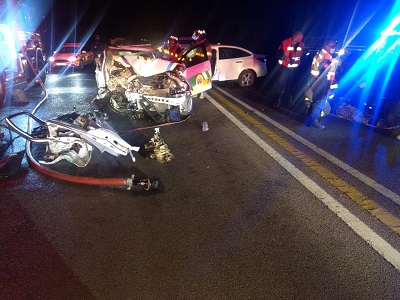 Tshwane Metro Police Department is saddened by the death of three of its officers who were involved in a head-on collision with a suspected drunk driver on the N4 between Trans Orange Road and Rebecca Street in Pretoria west.

It was around 02h00 this morning when the officers spotted a vehicle driving recklessly and facing on coming traffic in the Pretoria CBD.
The officers tried to stop the vehicle, which was driving to the westerly direction, but it fled and officers gave chase.

The officers called for back-up and they were joined in the chase by a TMPD team which was in the area where the vehicle was heading. The TMPD vehicle had three male officers inside.

The vehicle in persuit was then involved in a head on collision with the TMPD vehicle that was giving back up.
The three Tshwane Metro Police officers that were inside the vehicle all died on the scene. The driver of the vehicle which was sought also died on the scene. He was driving with a lady passenger who was transported to the nearest hospital.

Empty and full alcohol bottles were found in the suspect’s vehicle. A case of culpable homicide has been opened. The identities of the 3 officers who lost their lives will be released as soon as their families have been informed. 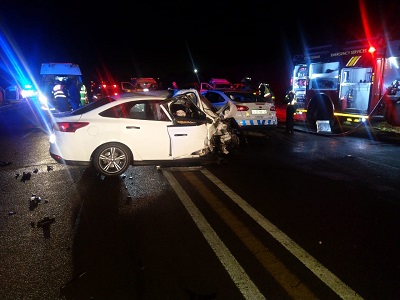