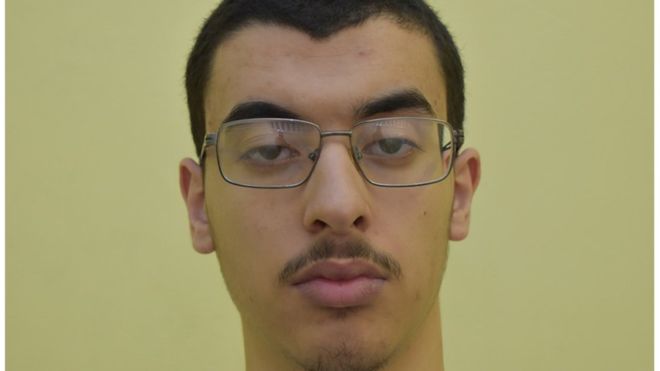 Hashem Abedi was on Thursday 20 August 2020 sentenced to 55 years in prison.

He is the brother to Salman, the Manchester Arena bomber in 2017.

About Twenty-two people were killed in May of that year when Salman Abedi detonated a bomb as people were leaving an Ariana Grande concert at the venue.

Hashem Abedi  is the brother to Salman, the Manchester Arena bomber in 2017.

According to BBC, Hashem Abedi refused to leave his cell as a court heard emotional testimony from bereaved relatives.

He is due to be sentenced for the murder of 22 people in the 2017 terror attack.

At a two-day court hearing, family members of some of those killed have told of the impact of their loss.

The 23-year-old worked with his brother to source materials used in the “sudden and lethal” blast which injured hundreds at the end of an Ariana Grande concert on 22 May 2017.

During the hearing, parents broke down in tears as they recalled the moment they discovered their loved ones had died.

Some held up photos of their children as they paid tribute to them and described the “devastating” effect of their grief.

Others slammed the Abedi brothers, branding them as an “evil” pair who launched a cowardly attack on innocent people.