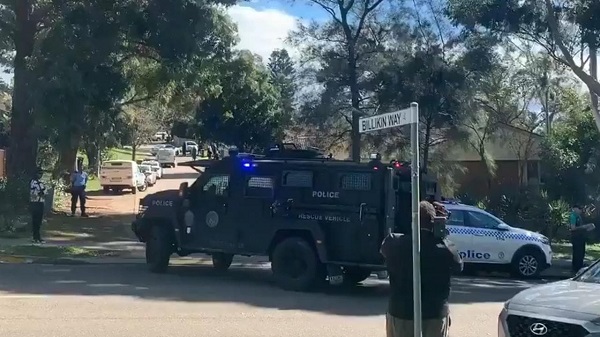 A number of heavily armed Police and their vehicles are surrounding a home on Dickens Rd, Ambarvale. The Police operation has been ongoing for more than an hour.

An Ambarvale street has been locked down today with police moving in to end a hostage incident. pic.twitter.com/ZsXsXkMV3Q

Dozens of police officers, the riot squad, dogs and a helicopter have been deployed to Bilikin Way, a cul-de-sac off Dickens Rd close to the Rosemeadow Sports Complex.

An armoured rescue truck was also seen turning into the street.

The operation is ongoing and began at approximately 10am, a spokesman said.

Numerous bystanders in the area are being held back by police lines.